South-east London based experimental artist J F L E returns following the release of his single ‘Laid to Rest’, with the exhilarating new track ‘Shy Lovers’ out 31st March 2017. J F L E aka Joey Edwards has channelled pent up frustration and personal confusion into three minutes of catharsis, resulting in a single full of elating tension; one that calls to mind the sound of Atoms for Peace and Metronomy. The single begins with a jaunty, distorted drum beat against light synth chords, sounding unashamedly lo-fi as Joey’s whispered vocals flood in. Pressure starts to build as vocals become stronger, watching it unfold as Joey sings “all bad feelings free to grow, electrocute slow”. The song journeys through several scenes of tension to the point of bursting through to its eventual chaotic unraveling, where little remains familiar or recognisable. 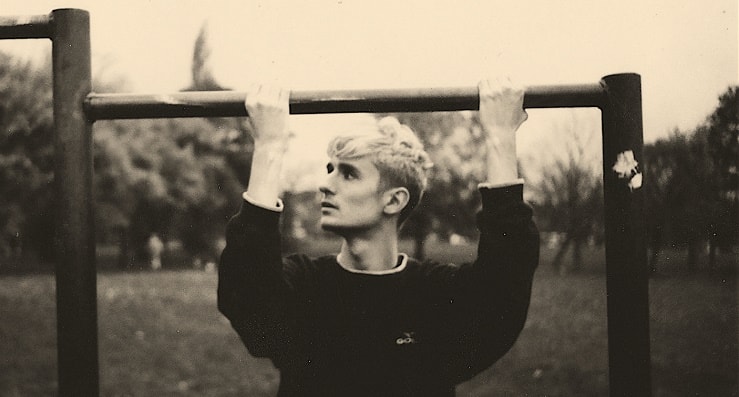 Speaking on the single Joey says, “For me the most exciting thing about this track is it’s so full of energy and tensions, it feels like it could fold in on itself at any moment. I see the whole thing as a violent implosion, waiting to happen”. The accompanying visuals work as the perfect embodiment of the frantic energy that permeates throughout the track. It is a dark, hazy representation of inner conflict, with a silhouetted J F L E over a frenzied backdrop, expressing much of this catharsis through erratic, stilted dance movements. In every new appearance he remains restricted in some manner, never once taking on a clean, unaltered form, adding to the innate enigmatic nature of the single and artist.

Writing music is second nature to J F L E, where creative ideas are always flowing, completely natural and uninhibited. His perpetual musical output has not gone unnoticed, finding support from The Guardian, who named him one of 2016’s ‘Ones to Watch’, being awarded Fresh Beats 365’s ‘Most musically innovative of 2016’. – as well as winning praise from Idol Magazine, The Skinny and Earmilk to name a few. ‘Shy Lovers’ is J F L E’s most frantic and exhilarating release to date. As he readies himself for future live shows, be sure not to sleep on this exciting talent when the single drops March 31st.