Described as “the definition of one to watch” (Rip It Up), many are tipping this extraordinary singer songwriter to go far. Of Samoan/Chinese derivation, her soulfully rich voice delivers a funk-soul sound peppered with elements of jazz and rock that her home crowd can’t get enough of. “Ready for take-off” is how the Dominion Post described Lamkum – with her revered urbane sound set off by her striking sense of fashion. Performing live, it’s easy to see why the credits are rolling in – either performing solo with her acoustic guitar or accompanied by her stunning 5-piece band, an ensemble of some of Wellington’s best-known & respected musicians including her musical director and producer, Caleb Robinson. 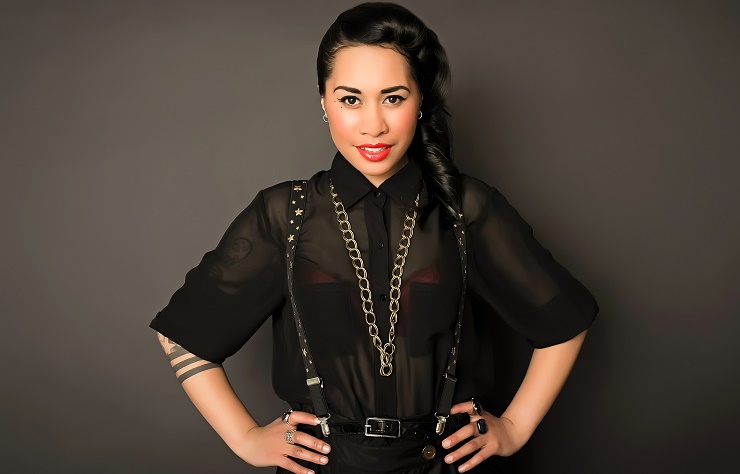 Iva Lamkum’s musical history is succinct and, not surprisingly, successful. In 2008, Lamkum released her debut selftitled EP, with single ‘Kung-Fu Grip’ appearing on radio playlists all over New Zealand. Her single ‘White Roses’ was nominated for a 2008 APRA Silver Scroll, Lamkum was nominated for the People’s Choice Award at the Vodafone NZ Music Awards and performed live.

Iva Lamkum – Vintage In A Glass Of Whiskey (Live Acoustic)

Iva Lamkum – Vintage In A Glass Of Whiskey Lyrics: