Isa Marina Lopez, better known by her stage name Isa, is an American singer, songwriter, and model. Born in Bronx, New York to Dominican and Cuban parents, Isa quickly became a product of the urban-Latino culture that surrounded her, and later, the larger, more eclectic culture that encompasses all of New York City. From an early age, she felt a special connection to the performing arts – a connection that became immediately apparent to anyone who spent time with her. Bubbly, vivacious, and always ready to entertain, Isa lit up whenever she was given a stage, and not just from the spotlight. At age 9, Isa’s father gave her a guitar in hopes of helping her abilities flourish. Always the independent child, she taught herself a few chords to No Doubt’s Tragic Kingdom, and from that moment, her fate was sealed. Through songwriting, a new world of storytelling opened up around Isa, and she dove in headfirst. Not content with remaining behind the scenes for too long, she also immersed herself in musical performance by competing in local talent shows and becoming an active participant in musical theater and choral groups. 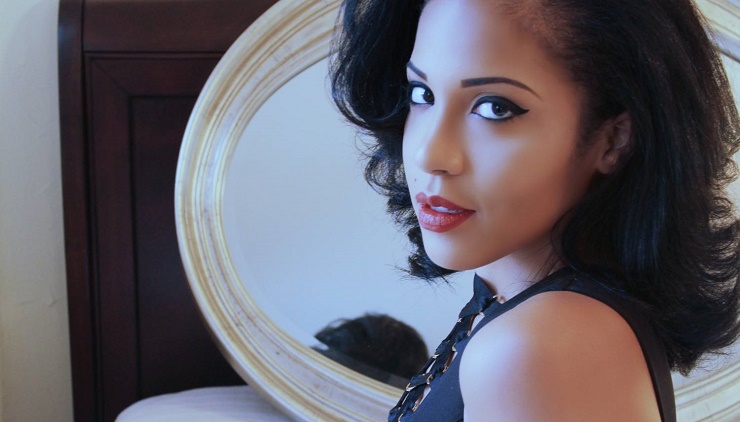 As she matured, it became clear that Isa was so much more than a child infatuated with the limelight. Her passion for music led her to experiment with different vocal styles, expand her range, and perfect the smooth, buttery texture of her developing voice. In a move that may have seemed odd to her teenaged peers, a young Isa set her heart on studying operatic vocal technique after being mesmerized by Maria Callas’s performance in Puccini’s Tosca. In pursuit of that dream, Isa worked hard to gain acceptance into The Marianela Sanchez School of Music in the Dominican Republic, an exclusive program where she was taken under the wing of celebrated Lyric Soprano, Marianela Sanchez—an experience that changed her life and cemented the foundation of her musical integrity.

The very 1st single from my upcoming “Mirrors Volume I” EP.

Through her operatic training, Isa honed her skills as a Dramatic Soprano with a range spanning from D3 to D6, and a whistle register above that. The sheer vocal power she derived from spending four years immersed in operatic technique provides her with a musical foundation unrivaled by even today’s most popular singers. At age 18, Isa re-joined her family in New York City to pursue a college education, but music was never far from her heart. The question she faced, however, was whether she would pursue a future in opera after years of classical training, or refocus her energies on a more mainstream sound.

When she landed a highly coveted internship with EMI Music and its subsidiary, Capitol Records, the answer to that question suddenly became clear. While she could never stray away completely from her classical roots, the internship provided Isa with a once in a lifetime opportunity to learn about the mainstream music industry from the inside out. Using that knowledge, she decided to make her mark on contemporary pop music, all the while staying true to her operatic training.

Isa: Take it Slow Lyrics:
What is this feeling setting on my heart?
What is the meaning when we drift apart?
Is it anything to say? Will it all be left this way? Undone? Undone?

Why are we running in circles?
Why do we hurt us this way?
Was it real? Will it be anything what it needs to be?

And I know you need your time, But I need yours, too
Got a lot on your mind, life’s been hard on you
But that won’t change how my heart beats
When you touch me, when you touch me!

What can you do when you’re ready, but the other person is not?
Stole your heart, and you gave it all away
With no second thought
Walk away, wait for change
It doesn’t matter either way, I’m hurting!