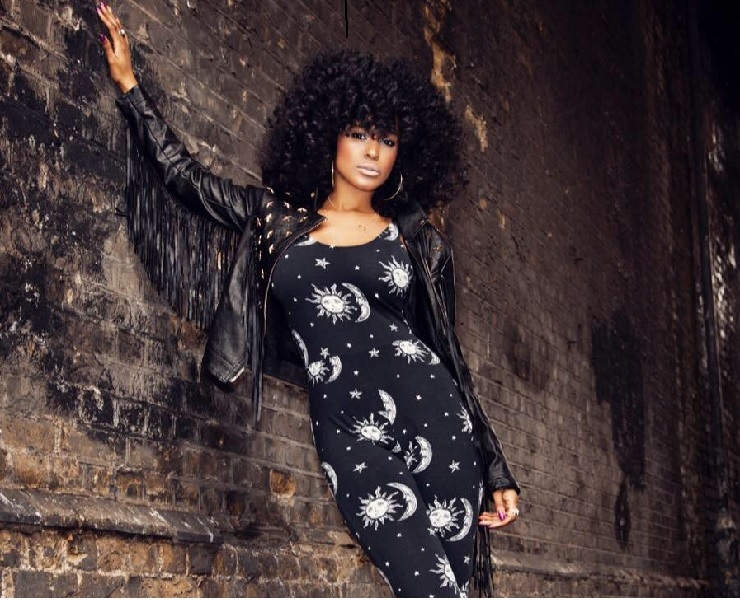 London’s finest alternative pop starlet is coming strong with the visuals for her new project ‘The Marsha Hunt Mixtape’ and the latest is a playful video for ‘Goodvibes.’ As usual, her rock roots are showing, with a heavy emphasis on drums and vocals to carry the song, and her voice gives off the grainy quality necessary to balance the static electronic synths. Definite hip hop and dancehall vibes infiltrate her delivery, which is to say that it’s bouncy and slightly staccato, and in sync with the trends of the day. This gorgeous gem, armed with goodvibes and great music, is sure to turn your frowns upside down. Enjoy ‘Goodvibes’ by Iris Gold below.  By T. McLendon, AFROPUNK Contributor

Iris Gold spun heads earlier this summer with her debut track ‘Goldmine’. A colourful and infectious amalgamation of party hip-hop and sunshine pop, it was described as by the Guardian as “deliciously summery and laid-back at a time when most pop seems to want to make you have a heart attack”. Indie Shuffle said “not sure if I’m listening to laid-back West Coast sounds or future R&B from the studios of NYC”, while Popjustice simply decreed “this/she is really good”.
Second track ‘Color Trip’ followed in October and presented a more soulful and sultry facet of her sound, a mesmerizing slow jam with a guitar solo channeling the spirit of Lauryn Hill’s ‘Ex-Factor’. It was described by Hunger Magazine as “a rich, hypnotic slow jam that channels Iris’ own experiences and spirituality”. Clash said “Iris Gold’s supple delivery sharing both a sense of classicism and an astute gathering of idiosyncrasies”, while Complex declared “With moves this big so early in her career, the whole world will be watching Iris Gold to see where she goes next”.

Meanwhile, ‘Color Trip’ has been garnering a groundswell of support at radio, being endorsed by leading tastemakers including Zane Lowe on Beats1, Huw Stephens on BBC Radio 1, and going on the 1Xtra playlist following early support from Mistajam and DJ Target.
Live, the second half of 2015 has seen Iris open for some of the biggest acts in the world, sharing bills with Blur, Taylor Swift, Miguel and Raury among others and proving she can command attention on the big stage as effortlessly as she can pen a pop hook.
Color Trip’s idiosyncratic lyrics about incense, magic crystals, flowers and all around hippie vibes offer a telling insight into her unique biography.

Born in the UK, Iris was whisked across the North Sea and grew up living a nomadic existence in Copenhagen, squatting for intervals above the Folkteatret (‘People’s theatre’) and the autonomous fristaden (‘free town’) commune of Christiania. Often the only child at gatherings of space cadets, nudists and freethinkers, she developed the charisma and storytelling prowess necessary to command attention. Musically she was surrounded by the hallmarks of 60’s and 70’s psych and hippy counter-culture: Jefferson Airplane, The Doors, Mommas and the Poppas and The Grateful Dead, instilling her with an ingrained love of West Coast melody.

After being given some records by her Mum’s friends in her late teens, she discovered hip-hop, dosing up on Pete Rock, Beastie Boys and De La Soul, becoming enamoured with what to her was an entirely new musical dictionary.

Moving from Copenhagen to London, she started writing songs in which she fused the minimal, generative quality of instrumental loops with her background in poetry and storytelling and those glistening California influences.

With an unconventional back-story and a killer arsenal of tunes, this wide afro’d wordsmith is on to something special.