Into the Woods is an upcoming American musical fantasy film produced by Walt Disney Pictures. It is directed by Rob Marshall, adapted by James Lapine and features an ensemble cast including Meryl Streep, Emily Blunt, James Corden, Anna Kendrick, Chris Pine, Lilla Crawford, Daniel Huttlestone, Tracey Ullman, Christine Baranski, Mackenzie Mauzy, Billy Magnussen, and Johnny Depp. Based on the Tony Award–winning eponymous Broadway musical by Lapine and Stephen Sondheim, the film is a fantasy genre crossover centered on a childless couple, who set out to end a curse placed on them by a vengeful witch. Into the Woods will be released on December 25, 2014 and is also Disney’s first theatrical adaptation of a Broadway musical. 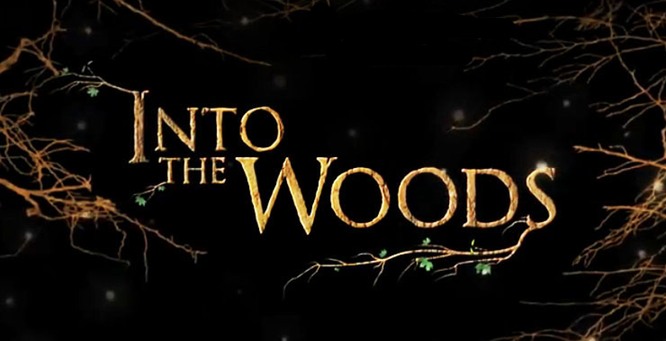 Set in an alternate world of various Grimm fairy tales, the film intertwines the plots of several Brothers Grimm fairy tales and follows them to explore the consequences of the characters’ wishes and quests. The main characters are taken from “Little Red Riding Hood”, “Jack and the Beanstalk”, “Rapunzel”, and “Cinderella”, as well as several others. When a Baker and his Wife learn they’ve been cursed childless by a Witch, they must embark into the woods to find the objects required to break the spell and begin a family. The film is tied together to the original story of the baker and his wife, their interaction with the Witch who has placed a curse on them, and their interaction with other storybook characters during their journey. What begins as a lively irreverent fantasy musical eventually becomes a meaningful tale about responsibility, the problems that come from wishes, and the legacy that we leave our children. Wikipedia®.

Into The Woods Official Teaser Trailer (2014)