The band’s Michael Wexler said in a statement, “‘Blizzard Baby’ is a song that developed quite spontaneously and almost paradoxically. The first incarnation of the tune came together in my living room in the midst of a heavy February snow storm. Sean and I were playing through some song ideas and settled on what we considered this very warm and summery feeling groove. I had been wanting to write an homage to the coziness of being curled up inside away from the storm, and the textures of this song seemed a perfect companion to these lyrical ideas. For me, there are two sides to this song: a youthful sense of escape and an undertone of melancholy and loneliness.” 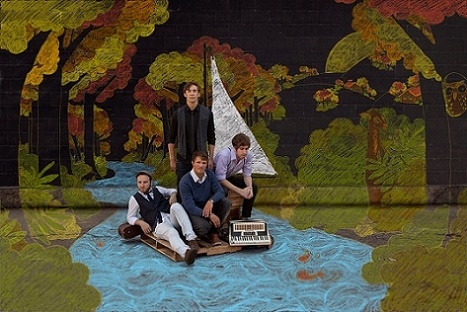