There is a famous quote, “With great power comes great responsibility!” Ian Von has taken ownership of these words and has definitively stewarded the great gift of music with great attention and care. Raised and reared in a generationally gifted music culture, he is forging his way as a critically acclaimed solo artist, songwriter and musician. Insightful and intuitive, Ian has a noteworthy purpose. As he says, “I am at my core, an R&B artist, here to impact my culture by touching the hearts of people through my music.” Born in Baton Rouge, La., Ian grew up with deep roots firmly planted in the church, where he honed his skills as a musician and singer. As part of a generously gifted music family, music is his birthright. Since the age of 3, Ian grew up singing and performing alongside his siblings. His cousin is gospel-recording artist, Micah Stampley. He was trained by legendary gospel great, Betty Nelson, who also mentored the mighty Kim Burrell. Growing up in the urban culture, he was also greatly influenced by the vocal artistry of Brian McKnight, the harmonies of Boyz II Men, and the street poetry of Nas. As a youth, Ian and his brothers recorded their first professional project and performed in big city North American and European tours. These trips would serve to expand Ian’s musical appetite and expose him to a bigger world. Opening the doors to his gifts and inspiring his vision. While in high school, Ian joined an R&B boy group that eventually afforded him the opportunities to perform on tour with New Edition, Joe, Montel Jordan and Destiny’s Child. They spent several years cultivating their artistry in the underground circuit of Louisiana and became regional indie phenom’s. During this time they sold over 12,000 albums independently and were featured on television platforms, VH1 and MTV.

Ian Vons fate as a solo artist has since arrived, propelling him to reflect, study, and focus on the dream and the great gift he has been entrusted with. As it should happen, the right people at the right time were put into his life, resulting in a unique and creative collaboration. A music venture, uniting R&B, soul, and alternative sounds and acoustic rhythms that also merge with his spiritual tenets to create that equilibrium that he has searched years to find. Now standing on the brink of fulfilling his destiny, Ian Von, is taking responsibility! Currently working under his independent record label, Table Spoon Music, Ian has already released his debut album “Good News” and is following it with his sophomore album, “Love Songs, Beats & Guitars.” 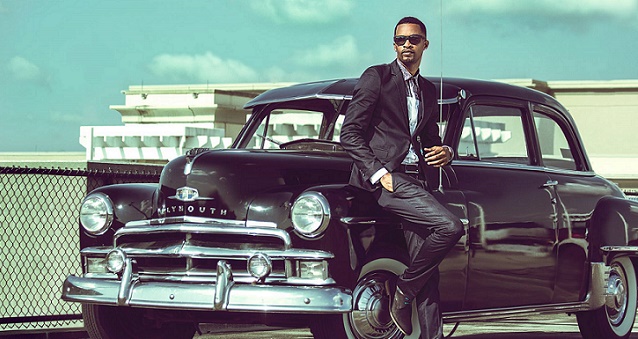