Hot Chelle Rae is an American pop rock band formed in Nashville, Tennessee in 2005. The band consists of Ryan Follesé (lead vocals, rhythm guitar), Nash Overstreet (lead guitar, backing vocals), and Jamie Follesé (drums). Their debut album, Lovesick Electric, was released on October 27, 2009. They gained widespread attention for their 2011 double platinum single, “Tonight Tonight”. Hot Chelle Rae premiered a new single, “Hung Up” on January 25, 2013. It was officially released on February 12, 2013. The band also announced that their third studio album would be released in late Spring or early Summer. On October 31st, 2013, Ian Keaggy announced that he would no longer be a part of Hot Chelle Rae. Wikipedia®.

Hot Chelle Rae have released the video for their new song “Recklessly,” which will be on their upcoming third album. The video features footage from their summer shows, plus a tribute at the end for bassist Ian Keaggy who will be leaving the band to pursue personal projects. 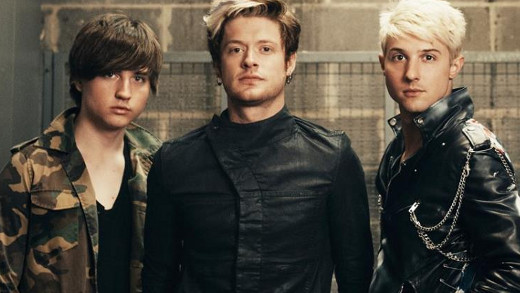