Holiday is a 1938 film directed by George Cukor, a remake of the 1930 film of the same name. The film is a romantic comedy which tells the story of a man who has risen from humble beginnings only to be torn between his free-thinking lifestyle and the tradition of his wealthy fiancée’s family. The movie was adapted by Donald Ogden Stewart and Sidney Buchman from the play by Philip Barry and stars Katharine Hepburn, Cary Grant and features Doris Nolan, Lew Ayres, and Edward Everett Horton, who played the same role he had played in the 1930 version. Although Hepburn had been Hope Williams’ understudy in the original production of the play on Broadway, she only played the part for one performance. Screenwriter Donald Ogden Stewart had also appeared in the original stage version as Nick Potter. Wikipedia®. 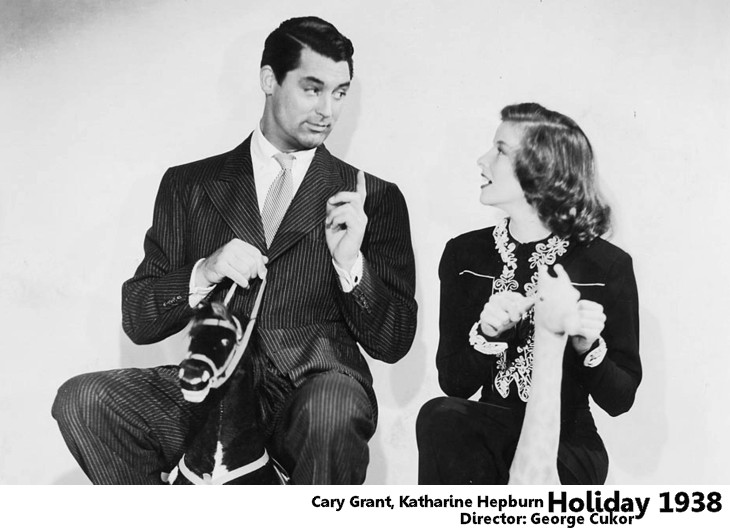 Plot: Free-thinking Johnny Case finds himself betrothed to a millionaire’s daughter. When her family, with the exception of black-sheep Linda and drunken Ned, want Johnny to settle down to big business, he rebels, wishing instead to spend the early years of his life on “holiday.” With the help of his friends Nick and Susan Potter, he makes up his mind as to which is the better course, and the better mate. 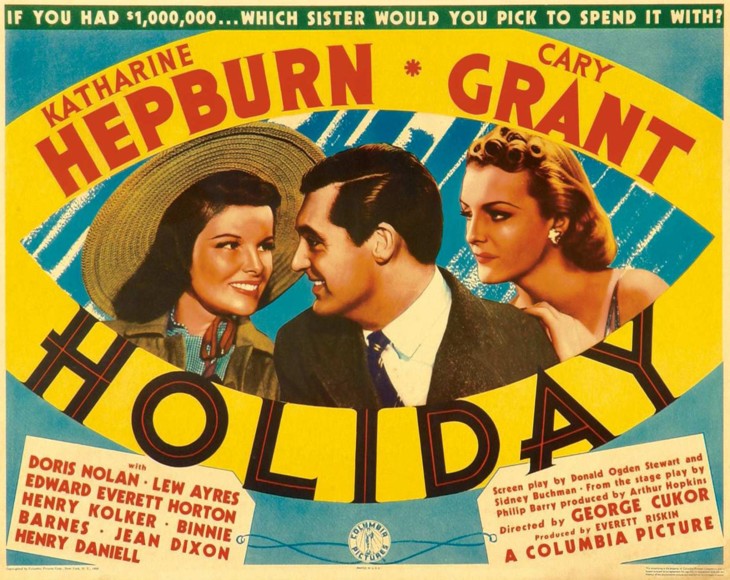 Katharine Hepburn did not linger long in Hollywood after the release of HOLIDAY. Selznick was tempted to cast her as Scarlett in GONE WITH THE WIND, but she withdrew her name from that contest. Though she must have been aware of what such a role would mean for her dwindling career, Hepburn never felt that the part was right for her. When Vivien Leigh was discovered, Hepburn returned East for a year or so of self-imposed exile from Hollywood. She would not be in Hollywood for all of 1939, universally acknowledged to be the biggest year in cinema history, but she would return in 1940 in a big way with THE PHILADELPHIA STORY.