British-born, French-raised and London-based, Hero Fisher (yes, that’s her real name) is returning to release her sophomore LP Glue Moon. Hero’s career has so far seen her collaborate with Alison Mosshart and Boy George in the Mark Ronson-scored ballet Carbon Life, open for The Rolling Stones and Neil Young at Hyde Park, and got shortlisted for the 2014 Glastonbury Emerging Talent Prize. In 2015 she released her debut album, the critically-appraised Delivery which won her fans in The Horrors and Blur. 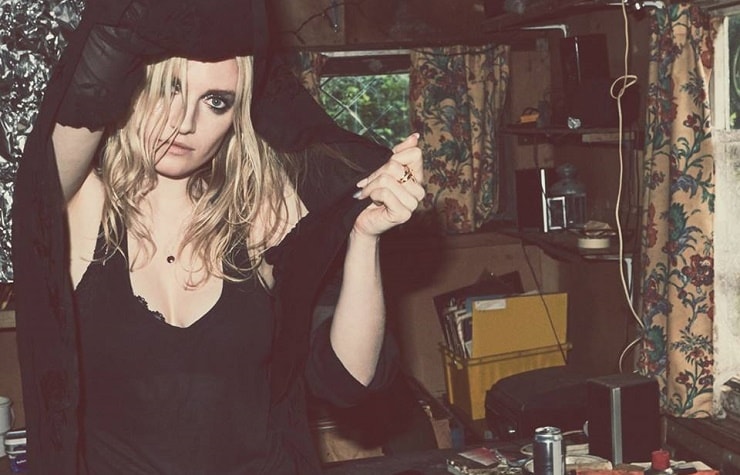 By turns a blistering rock and roller in the vein of Patti Smith and PJ Harvey, and an experimental folk storyteller à la Jeff Buckley, Hero Fisher resists easy generic categorisation with her protean and filmic musical storytelling. Able to expertly strike a variety of different narrative poses, she is at once the spurned lover and the fired-up rabble rouser, the predator and the prey. With Glue Moon lead single ‘Sylvie’ straddling the line between being a modern love song or a gothic ghost tale, it’s evident Hero has plenty of yarns left in her yet, and from the apparent ease with which she spins them, she’ll reach many more milestones on her creative journey.

Shot in the style of found footage movie making like The Blair Witch Project, the video for Hero Fisher’s new single ‘Sylvie’ is a beautifully eerie accompaniment to her tender and emotive songwriting. Together, the audio and visuals tell a spectral love story. Delicate plucked acoustic guitars morph into orchestral soundscapes rich and cinematic in tone, as staggering as the sublime landscapes encountered in the video by Hero and her unseen partner as they roam deeper into the unknown. On ‘Sylvie’ Hero showcases her prodigious talent, led by a canny ear for compelling instrumentation and sophisticated lyricism. It’s a natural progression from the alt-rock/folk hybridisation found on her accomplished debut album Delivery and an exciting new step in her artistic development.