Hearts of Iron IV is a war strategy video game developed and published by Paradox Interactive. It is the sequel to Hearts of Iron III and part of the Hearts of Iron series of grand strategy games focusing on World War II. The formal announcement of the game in January 2014 indicated an intended release date of the first quarter of 2015, later postponed to the second quarter of 2015. At E3 2015, producer Johan Andersson confirmed that the game would be pushed back from its original release window. This is an attempt to resolve several issues encountered with the game. However, Andersson later confirmed that the game would not be released in the first quarter of 2016. The game used the code name Project Armstrong while in development. On March 15, 2016, it was announced that the game would be released on June 6, 2016, which is the 72nd anniversary of the Normandy landings. In a Reddit “Ask Me Anything” event, Andersson promised better AI and accessibility compared to Hearts of Iron III, and that the game would not have a rigid, forced game-progression but would feature sandbox-style gameplay. He also stated that Hearts of Iron IV would be available for Linux. Victory is at your fingertips! Your ability to lead your nation is your supreme weapon, the strategy game Hearts of Iron IV lets you take command of any nation in World War II; the most engaging conflict in world history. From the heart of the battlefield to the command center, you will guide your nation to glory and wage war, negotiate or invade. You hold the power to tip the very balance of WWII. It is time to show your ability as the greatest military leader in the world. Will you relive or change history? Will you change the fate of the world by achieving victory at all costs? 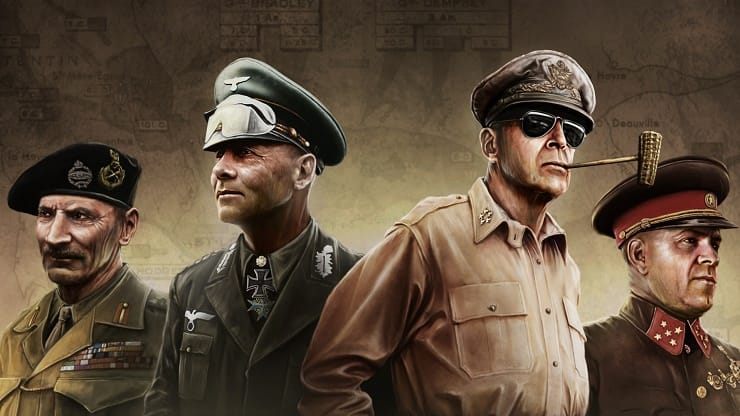