“I want to press reset,” Hannah Georgas sings in “Robotic,” a driving and purposeful song from her self-titled new album. And she’s done just that. A few years ago, when Georgas was first toting her guitar through the Vancouver music scene, she was known for her acoustic leanings. Then the more intricate production of her nascent recordings, in combination with her luscious voice, helped raise inevitable comparisons to Canada’s most favored musical export, Feist. But with Hannah Georgas, she’s found bold new ways to marry her essential singer/songwriter sensibility to elaborate studio soundscapes, while significantly upping the playfulness factor. It’s an album of rich, emotionally resonant synth-pop that isn’t afraid to walk a fine line between vintage new wave and contemporary ethereality, easily gliding from tongue-in-cheek come-ons to hauntingly emotional head trips. One thing you’ll never accuse it of being is robotic. Heavy on the electronics, but not the electronica, Hannah Georgas harks back to a time when hookiness was the order (or New Order) of the day, and human emotions (or Human Leagues) ruled, even when the underlying textures tended toward the synthetic. Her principle cohort in this redefining effort was producer Graham Walsh, of the celebrated Canadian band Holy Fuck, who shared her desire to forge a sound that makes heavy use of pre-EDM keyboards. “Graham is a genius when it comes to creating and programming different synth sounds,” says Georgas, “we wanted to make a record where these sounds could come to life and be recreated in a live setting. I came to Graham with my guitar, and he brought his OP-1, Moog, other synths and pedals, and we jammed, sitting in a room together for almost three weeks doing pre-production. My last record was more complex, in terms of its instrumentation, this time I wanted it to be less planned and more free-I wanted this record to have more space and let things breathe. I thought it was important to focus on a great melody and not let too much get in the way of that. At the same time, Graham was like a scientist, creating incredible sounds on his different instruments, while I watched in awe and said ‘That sounds rad!’ a lot.” The resulting album somehow manages to sound both primitive and plush. Lest this extended production hibernation makes it sound like Georgas is some sheltered studio rat, it’s worth noting that the recording sessions were sandwiched by two lengthy tours. 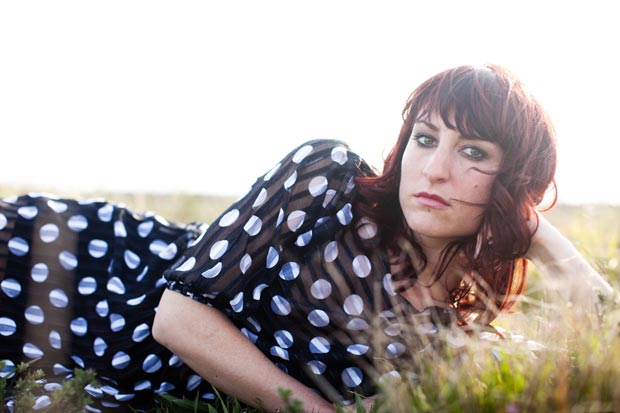 She spent much of 2010 and 2011 hitting the road in support of her previous album, This Is Good. And after recording Hannah Georgas in the fall of 2011, she headed back out for a four-month international tour with Kathleen Edwards that took her well into 2012. And she wasn’t just the opening act, but also pulled double duty as a member of Edwards’ backing ensemble. “Being in her band as well as doing my own set every night was an incredible experience for me,” she says. “Doing your own thing and simultaneously participating in someone else’s project “is the best thing that an artist can do,” Georgas maintains. “I played a show recently in Vancouver and friend of mine said, ‘You’ve changed a lot since the last time that I saw you play. It’s ridiculous, how you’ve gotten your tour legs.’ I feel like I’m better on the mic, better on my instruments-I just own it more.” Georgas was born and raised in Newmarket, Ontario and moved out to BC at the age of twenty. “I come from a big family and have three sisters, I needed to clear my brain a bit and find my own place that felt like me,” she says. A stint studying psychology at a university in Victoria gave way to the supportive music scene she found in Vancouver, her home of five years now. Her pianist father and other family pragmatists strongly discouraged her from following a path in music, but there was no dissuading to be done: “I’m a bit more shy when it comes to interviews and that stuff, but performing and singing, not a second thought comes through my brain.”

I just hope that someday,
Somebody’s gonna break your heart, gonna break your heart
And then you’ll finally see, yeah you’re gonna feel
What I’ve always felt
And they’ll tell you it’s not you but they don’t wanna ruin
What they know, what they know so well
I just hope that you you’re gonna finally feel
What I’ve always, would have always felt