As Greyhounds, guitarist Andrew Trube and keyboardist Anthony Farrell have been making music and touring for 15 years, refining and developing a sound Trube calls “Hall and Oates meet ZZ Top.” The band also has long ties to Memphis, home of the soul that inspires them. Ardent Music, the independent record label based out of legendary Ardent Studios in Memphis, Tennessee, expects to build on the fanbase the band has developed both on the road and as a staple of the Austin music scene. 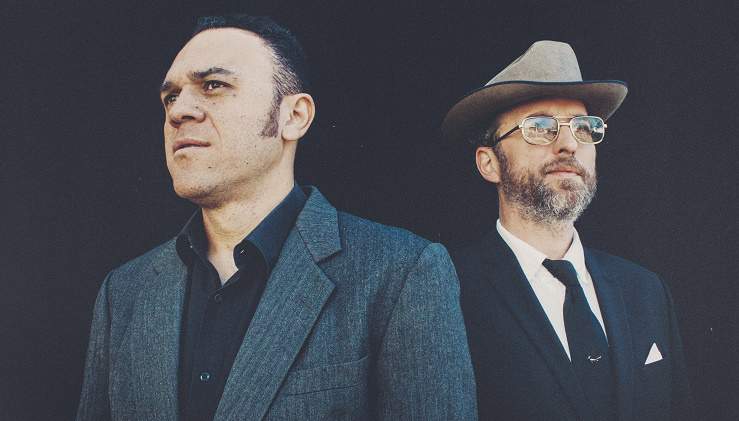 Label director Reed Turchi says, “We committed to three albums not only because we believe in these guys, not only because they’re great musicians and songwriters, but because they’ve been incredibly prolific.” “We’re always writing,” Trube says. “We’ve got songs for eight albums.” Ardent has had a long and productive relationship with Texas music: Studio C was designed for ZZ Top, which called Ardent Studios home for many years, and Stevie Ray and Jimmy Vaughan recorded Family Style in the famous brick building on Madison Avenue.

“The war is on for your mind,” sings Anthony Farrell, one half of Austin duo Greyhounds, who make an audacious statement of substance and style on their second album Change of Pace, out April 1st on Ardent Music. A collection of technicolor soul and sweat-drenched R&B, the album features thirteen new, original songs written by Farrell and Greyhounds guitarist/singer Andrew Trube, and recorded on a collection of rewired keyboards and junkshop guitars.