Schooled in the bay, tested in New Orleans, G-Eazy isn’t a stranger to paying dues. His live shows have turned heads from the smallest of Midwest clubs all the way up to arenas on dates with Lil Wayne, Big Sean, A$AP Rocky and Drake, among others. Without label support G-Eazy has trekked across the US on multiple tours breaking hearts with his James Dean meets hip-hop vibe and unforgettable live shows. It’s not hype. It’s not a hit. It’s not an image. It’s all of the above. G reinterprets what he loves, not what everyone wants to hear, but in 2012 its looking like those two paths are starting to merge. Gʼs been a fixture on the local New Orleans rap scene for a few years and more recently in the music blogosphere, but in the last few months his popularity has surged and as his national profile has grown exponentially. He recently opened up for A$AP Rocky at his sold-out New York City debut and supported Lil Wayne, Mystikal and others at the buzziest event of SXSW 2012– Lil Wayne’s DEWeezy party. G’s announcement on all 41 dates of the Van’s Warped tour has solidified him as an artist to look out for in the coming months. But it all comes back to the live show, one New Orleans music blogger summed it up with, “the young crowd was reaching the levels of mass hysteria reserved for the 50s and 60s rock ʻnʼ roll legends to whom G-Eazy has been paying so much homage.

G-Eazy – Almost Famous Lyrics:
[Hook] Young with too much cash, watch how I came up fast
They say I’m next to get it
They bring your name up last
And while I made it splash, rappers came and passed
But still I ask myself
How long does famous last? (5x)
[Verse 1]
I’m addicted to this lifestyle, never going back to no basic shit
When we on tour every night’s wild
Thinking about the days we weren’t making shit
Spending everything just to make it back
Saying everything never take it back
So if you don’t fuck with me
I’m okay with that (2x)
In a black shirt and some faded jeans
Been around the world in these APC’s
Working non stop trying to take the keys
Off the lot next week spending 80 g’s
Intro my floor to your lady’s knees
Always on tour cause I’m making cheese
Michigan in February is 8 degrees
And the fans waiting outside could maybe freeze
Yeah, smoking on killa
Never going nowhere unless your team is strong
Yeah, finally making skrilla
Everywhere I go bring my team along
[Pre-Hook]
Yeah, now I’m almost famous
Still right here with the oldest faces
Swear I came up from the coldest places
Young man gets everything, he goes and chases
Aw man
[Hook]
[Verse 2]
I’m trying to marry Kate Upton, blow this money too quickly
To them squares who trying to hate: fuck them
You can’t catch me I move too swiftly, I’m always going through customs
When I leave I’m knowing you miss me
We run through bottles like nothin’, like I’m tryna drown in this whiskey
Indulge in everything we wish
We drink it straight with no mixers, got bitch drinks if you squeamish
At the after parties, no pictures
My bag of trees looks greenish, got a bad bitch to roll swishers
This lifestyle’s the sweetest
Man I’m shining now just like fixtures
Yeah, do it for my city
Everywhere I go bro, I rep the Bay
Yeah, tell you it’s a pity
But hating fucks always got shit to say
[Pre-Hook]
[Hook]
How long does famous last? (5x) 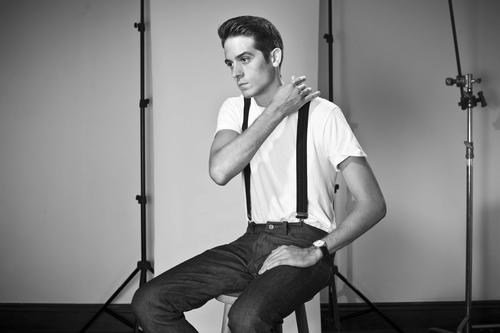