G. Dot & Born relay the struggle of survival in the streets with hard-hitting raw lyrics, traditional gritty street beats and a confident delivery that takes Hip Hop back to its essence. G. Dot and Born stay true to the city that raised them and 90’s Hip Hop influences like J. Dilla, Sean P., Big Pun, Edo G., Kool G. Rap, AZ and Nas by embodying a humble braggadocio that only real life experiences teach you. Born and raised in the Roxbury and Dorchester neighborhoods of Boston, G. Dot & Born are familiar with fighting to survive. Spitting rhymes since childhood the long-time friends built on their common Latino heritage and passion for authentic Hip Hop. In 2011, the two put studio time in and delivered their first mix-tape titled Fam Radio Vol. 1, which was instantly embraced as a success. 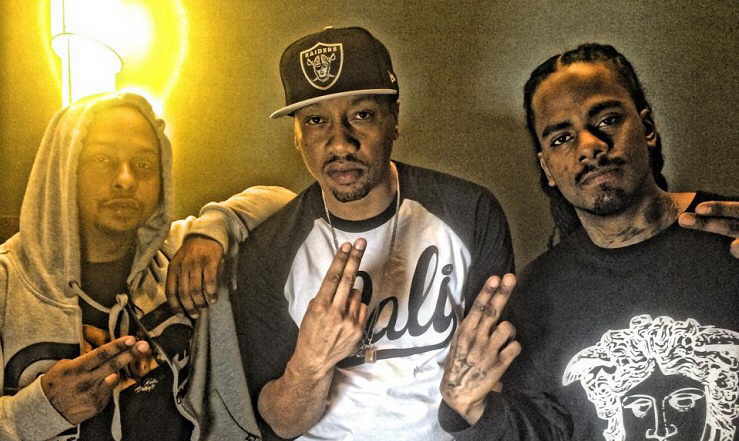 They teamed up with LTD Filmz for the Let it Go and Problems videos enticing their audience with genuine images to their stories of life in Boston’s streets. G. Dot & Born’s sound, energy, and work ethic caught the attention of Hip Hop legend and Boston’s own Edo G. who learned about them through a mutual friend. Over the past year their passion, hard work, and dedication to the Hip Hop movement came to realization. Studio time with Edo G. crafted Making Tracks, produced by Confidence Beats with cuts by DJ Technic, in the beginning of 2012. Making Tracks became an instant classic worldwide, establishing global recognition in countries like Chile, Berlin, and Naples. In August the trio delivered street banger And Go.

They were privileged to share the stage with Hip Hop heavies Edo G. and Nice & Smooth at the Summer Stage Event in the Bronx over the summer. This overwhelming reception by the Hip Hop community called for a compilation album between the three. Edo G., G. Dot & Born recently wrapped up the video for their first single titled Lifestyle.