Growing up with Hip Hop, Dave quickly fell in love with Electro music when he started DJ’ing back in 2003. And we’re talking about Afrika Bambataa, Kraftwerk, or Cybotron here. Later evolving into Bass music, Miami Bass and Ghettotech, he started to collect vinyl records with one goal only: to put his hands on all the tunes that make the booty shake! Now going from house to booty bass, from dubstep to b’more club, he plays every genres of music as long as it’s raw, bass heavy, and has some nasty lyrics on top of it. His mixing style is fast, energetic, and technical, never hesitating to drop a few scratches and cuts in the mix. Dave Luxe is also a versatile producer, making original tracks, remixes and bootlegs in different genres, collaborating with various MCs from his hometown, whom he made some major hits with. But Dave is not only a party animal, he’s also a longtime southern rap amateur and produces the dopest rap beats (country rap tunes as they call it), and is currently working on other more laid back projects with artists from the South. He played in the biggest venues of the capital and shared the bill with legends like DJ Funk, Busy P, Scottie B, DJ Rashad & DJ Spinn, Booty Call Crew, DJ Sega, DJ Omega, Kazey & Bulldog, Zombie Disco Squad, Feadz, Top Billin, Cobra Krames, South Rakkas Crew, Raziek, Partyharders, and Forma.T, just to name a few. He is also one of the founders of the REGULATE parties, a fresh new concept that came up in 2009, bringing some of the finest underground DJ’s down to Brussels, many for the first time. Don’t sleep on him, you will definitely hear more stuff coming from Dave Luxe in a very near future! 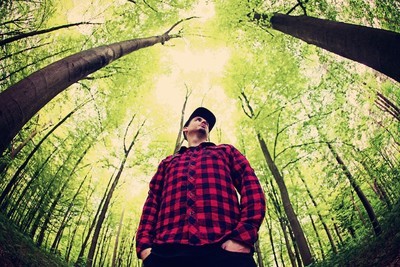