Furi is a fast paced combination of twin stick shooter, bullet hell and third person action game. The player is challenged in one-on-one arena boss fights designed by Takashi Okazaki, creator of Afro Samurai. Fight your way free in our frenzied all-boss fighter, and discover what’s waiting behind the last gate. Furi is all about the tension of one-on-one fights against deadly adversaries. It’s an intense, ultra-responsive game with a unique mix of fast-paced sword fighting and dual-stick shooting. Each of the formidable guardians —designed by Afro Samurai creator Takashi Okazaki— has a unique and surprising combat style that requires focus and skill to defeat. The high-energy action gets a boost from an explosive soundtrack composed by electro musicians Carpenter Brut, Danger, The Toxic Avenger, Lorn, Scattle, Waveshaper and Kn1ght. Furi has been inspired by Japanese games such as No More Heroes, Metal Gear Solid and Godhand, and is the result of my desire to capture the combined moment of fright, passion and adrenaline you feel when in a fight. Furi is a skill-based game. The diversity of opponents and attack patterns is there to make the player refine his or her skills and get better and better, instead of increasing the character’s stats or his weapons. Ultimately, feeling your skills improve, as a player, is what feels best in a video game. 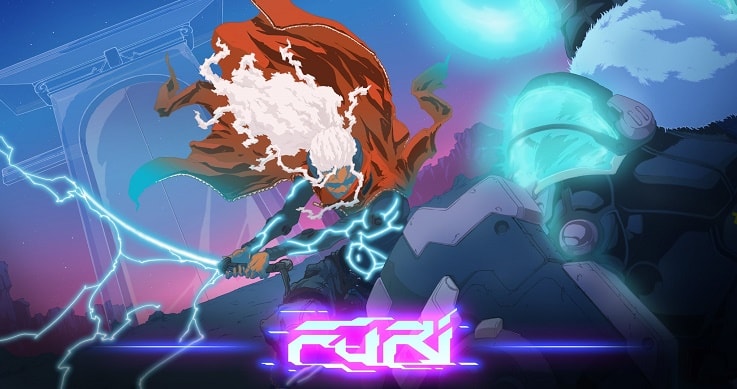