Front 242 is a Belgian electronic music group that came into prominence during the 1980s. They are known for being a pioneer of electronic body music, and as an influence on the electronic and industrial music genres. 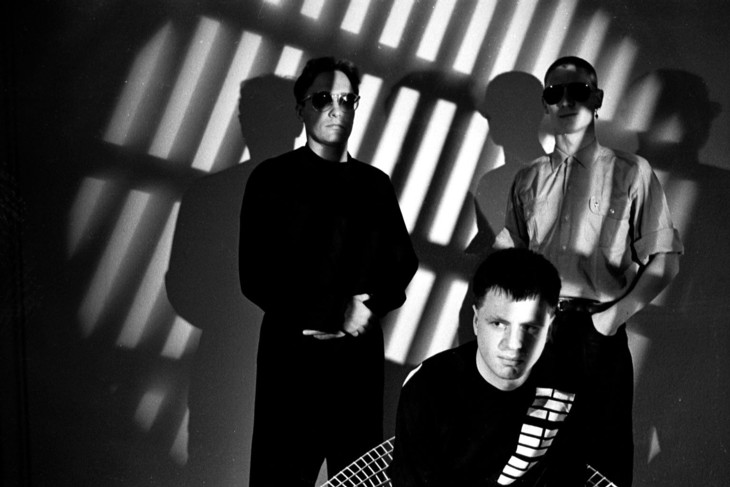 Front 242 were formed in 1981 in Aarschot, near Leuven, Belgium, by Daniel Bressanutti and Dirk Bergen, who wanted to create music and graphic design using emerging electronic tools. The first single, “Principles”, was released in 1981. The front part of the name comes from the idea of an organized popular uprising. Patrick Codenys and Jean-Luc De Meyer had separately formed a group called Under Viewer at around the same time, and the two duos joined together in 1982. Bressanutti, Codenys and De Meyer took turns on vocals at first, until they settled on De Meyer as the lead vocalist (early recordings with Bressanutti on vocals were subsequently released in 2004). De Meyer came to write most of the lyrics and Valerie Jane Steele also wrote several tracks including “Don’t Crash”. They decided not to use the regular waveform settings on their synthesizers, arguing that creating the waveform for each note was part of the creative process.@Wikipedia