Frankie Rose is a vocalist, songwriter, and musician living in Brooklyn, NY. She was an original member of acclaimed garage rock acts Crystal Stilts, Dum Dum Girls, and the Vivian Girls. Rose released her first single for the song “Thee Only One” on Slumberland Records in 2009 under Frankie Rose and the Outs and followed up in 2010 with a full-length album under the same moniker. She is now performing as Frankie Rose. Her second full-length album, Interstellar, was released in February 2012, and earned a “Best New Music” designation from Pitchfork. Wikipedia®.

After putting in time with Vivian Girls (serving as the band’s drummer and writing “Where Do You Run To,” a highlight of their first album), Crystal Stilts, and the Dum Dum Girls, Brooklyn-based noise pop drummer/vocalist Frankie Rose decided to work on her own material — a series of luminous, reverb-slicked indie pop tunes influenced by Talulah Gosh, Black Tambourine, and My Bloody Valentine. Rose released a solo single, “Thee Only One,” on Slumberland Records in 2009, and teamed up with bassist Caroline Yes!, drummer Kate Ryan, and guitarist Margot Bianca soon after to form Frankie Rose and the Outs. The newly formed band’s self-titled debut full-length was released on Slumberland Records in the fall of 2010. For her next album, 2012’s Interstellar, Rose ditched the Outs and made a solo album that also left behind the noise pop in favor of a slick, new wave-influenced sound. Helping out on the album was Le Chev, a member of Fischerspooner and a well-regarded remixer (Lemonade, Narcisse, and Rose’s song “Candy”). ~ Margaret Reges, Rovi 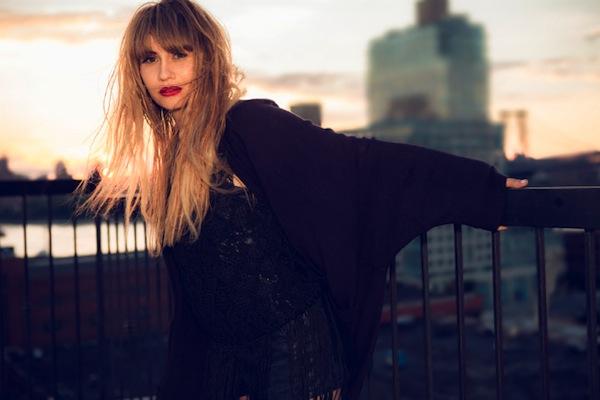