Skip to content
Home » Music » Fitz and The Tantrums – The Walker

Fitz and The Tantrums are an American neo soul/indie pop band from Los Angeles, formed in 2008. Their debut studio album, Pickin’ Up the Pieces, released in August 2010, has received critical acclaim and reached No. 1 on the Billboard Heatseekers chart. They were heralded as a “band to watch” in an April 2011 profile in Rolling Stone. They have performed their hit single “MoneyGrabber” on ABC’s Jimmy Kimmel Live!, on TBS’s Conan and on NBC’s The Tonight Show with Jay Leno, and have toured extensively in the United States and abroad. They are currently signed to Elektra Records. The band consists of Michael Fitzpatrick (lead vocals and keyboards), Noelle Scaggs (vocals and percussion), James King (saxophone, flute, keyboard, percussion and guitar), Joseph Karnes (bass guitar), Jeremy Ruzumna (keyboards) and John Wicks (drums and percussion). They are produced by Chris Seefried, who is also a co-writer. Wikipedia®.

Fitz and The Tantrums – The Walker

Fitz and The Tantrums – The Walker Lyrics:
Ooh, crazy’s what they think about me
Ain’t gonna stop cause they tell me so
Cause 99 miles per hour baby,
Is how fast that I like to go.

Can’t keep up with my rhythm
Though they keep trying.
Too quick for the lines they throw.
I walk to the sound of my own drum,
We go, they go, we go, hey yeah yeah yeah

I wake up to the city of angels
To see my name headlining the coast
They say I’m a walking dreamer, baby
If I stop they would make the show 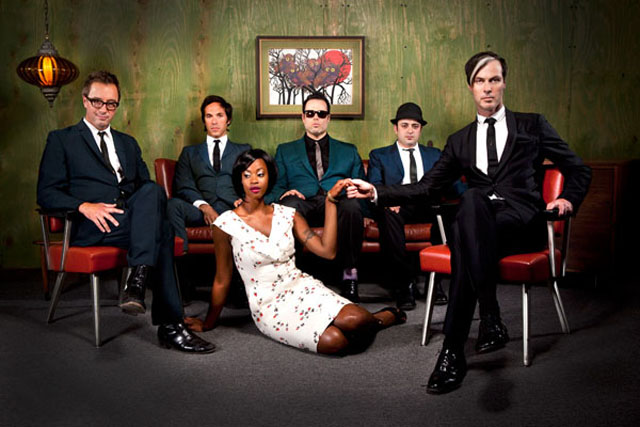 Fitz and The Tantrums – Out Of My League