“Fenech-Soler” are an electropop band from Kings Cliffe, Northamptonshire, England, that formed in 2006 and consisting four members: Ross Duffy, Ben Duffy, Daniel Soler and Andrew Lindsay. The name Fenech-Soler is taken from Daniel Soler’s full surname, which is Maltese.[1] The band’s sound has been compared to Friendly Fires and Delphic for their “hybrid of summery indie and big dance-inflected melodies”. Fenech-Soler are currently signed to Warner Records and are based in Peterborough. The band will release their second album, Rituals, in September 2013. The release of the album was announced following the announcement of a UK tour,[6] which coincided with the release of the single ‘Magnetic’. The band described ‘Magnetic’ on Twitter as “the first single from the new album”, indicating that the previously-released ‘All I Know’ was a non-album single. Wikipedia®.

Part of the same indie disco scene as Delphic, Klaxons, and Friendly Fires, four-piece Fenech-Soler’s blend of electro-funk, punchy techno-pop, and synth-bass guitars appealed to clubbers and the alternative crowd alike. Hailing from Kings Cliffe, Northamptonshire, brothers Ben (vocals) and Ross (guitar) Duffy had been making music on their home computer since their early teens, but in 2006 they decided to form a band, recruiting friends Daniel Soler (bass) and Andrew Lindsay (drums). Citing Michael Jackson’s Dangerous as their main influence, the group began writing songs that they describe as “glam, psychedelic, zouk pop” and released an EP produced by Moloko’s Mark Brydon. After signing to Moda Music, the band remixed tracks for Marina & the Diamonds and Example, while Ben provided vocals for “Paper Romance,” a track on Groove Armada’s Black Light album. In 2010, they released their self-titled debut album, which featured the three singles “The Cult of Romance,” “Stop and Stare,” and “Lies.” ~ Jon O’Brien, Rovi 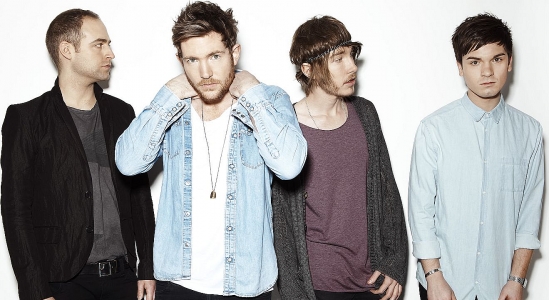 Last Forever is another superb slice of euphoric electropop and I really don’t know why this band aren’t more successful than they actually are.