Often described as one of Europe’s most exciting upcoming rappers, Copenhagen’s Felix De Luca is back with his uncompromising new EP produced by fellow Dane DontAxAboutIt, set to drop on 7th July. Having secured support from platforms including Boiler Room and Red Bull Music, Felix looks set to explode with the release of this old school hip hop inspired six-track EP. Combining gritty reality with De Luca’s love of streetwear and design, the EP is scattered with references to Supreme and hypebeasts alongside traditional hip hop topics of money, women and weed. Prelude’ serves as a perfect taster of what is due to come, bursting full of anticipation and hip hop bravado; which Felix describes as ‘the calm before the storm’. Next comes ‘No. 1’ which first surfaced towards the end of last year, with its video filmed on the streets of Helsinki before a show, premiered on Complex UK. The track is full of 90’s hip hop influences, and Felix pays homage to A Tribe Called Quest with the lyric ‘I’m midnight mauradin’ on my tribe shit’, a group whose influence is evident throughout the EP. Drum machine heavy third track ‘Buzzin’ is the only track on the E.P which feels typical of contemporary hip hop, with slow, slurred lyrics and a cloud rap inspired instrumental, suggesting that what Felix is ‘Buzzin’ on is one of the current favourites of the hip hop scene, Xanax or Codeine. Again throwing a nod to classic hip hop, ‘Smoke Breaks’ features samples used by the likes of Nas and a smooth RnB chorus. 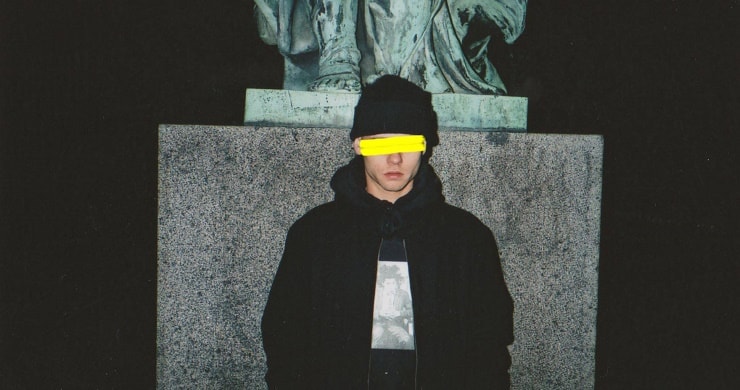 The track addresses financial struggle, and the slightly less thuggin’ subject of heartbreak, creating an atmosphere of visceral honesty. The penultimate track is upcoming single ‘First Of The Month’ complete with references to Mobb Deep and a music video filmed in Brixton that echoes Larry Clark’s classic film ‘Kids’. Closing track ‘Find Myself’ is a return to the sincerity of ‘Smoke Breaks,’ telling a confessional tale of De Luca’s experiences with infidelity, featuring Noisey championed Danish vocalist Louis Rustum. On his journey to becoming a star of the Copenhagen rap scene, Felix has played dozens of his own solo shows across Denmark as well as at Roskilde Festival, in addition to supporting international hip hop acts such as The Underachievers and Danny Brown.

De Luca clearly understands the importance of creating your own lane, combining his American influences with Scandinavian culture, ‘I like to go left when everyone else is going right, these days I´d rather talk about shit like designer furniture than sneakers, Verner Panton is my Michael Jordan’ Mobo’s recently listed Felix as one of their ‘New Artists to Watch in 2016’. And, with de Luca co-signed by the likes of Gaika on his NTS show, a summer which will see him collaborate with Kojey Radical and the high anticipated EP release, Felix de Luca looks set to be the hottest name on the Danish music scene.