Far Cry 3 is an open world first-person shooter video game developed mainly by Ubisoft Montreal in conjunction with Ubisoft Massive, Ubisoft Red Storm, Ubisoft Shanghai and published by Ubisoft for Microsoft Windows, Xbox 360 and PlayStation 3. A stand-alone expansion titled Far Cry 3: Blood Dragon was released on April 30, 2013. Far Cry 3 is set on a tropical island somewhere in the vicinity of the Malay Archipelago, between the Indian and Pacific Oceans. After a vacation goes awry, protagonist Jason Brody must save his friends, who have been kidnapped by pirates and escape from the island and its unhinged inhabitants. Far Cry 3 is a first-person shooter, which also features role-playing game elements including experience points, skill trees, and a crafting system. The player has the ability to take cover behind objects to break enemies’ lines of sight and also to peek around and over cover and blindfire. The player also has the ability to perform silent “takedowns” by performing melee attacks from above, below, or close behind. The game’s narrative director, Jason Vandenberghe, said that the story mode map is around ten times larger than in the game’s previous installments. Players are given the ability to survey and plan out their attacks with stealth takedown combinations and also tag enemies with the camera in order to track their movement once they break the player’s line of sight. Wikipedia®. 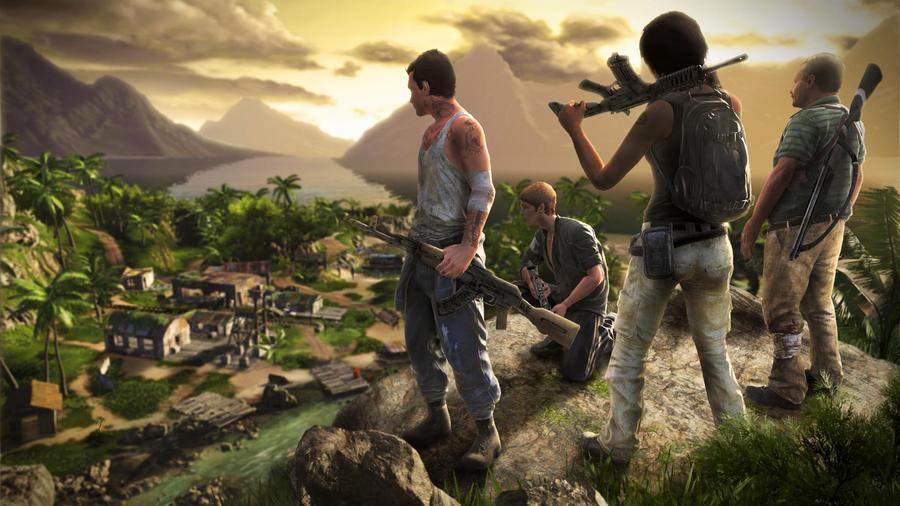 Beyond the limits of civilization lies an island, a lawless place ruled by piracy and human misery, where your only escapes are drugs or the muzzle of a gun. This is where you find yourself, trapped in a place that’s forgotten right from wrong, a place that lives by the principles of violence. In Far Cry 3, players step into the shoes of Jason Brody, stranded on this mysterious tropical island. You dictate how the story unfolds, from the battles you choose to fight down to the allies or enemies you make along the way. Slash, sneak, detonate and shoot your way across the island in a world that has lost all sense of right and wrong. Beware the beauty and mystery of this unexplored paradise and live to outwit its roster of ruthless, desperate characters. You’ll need more than luck to survive.