Fanfarlo are a London-based indie/alternative band formed in 2006 by Swedish musician Simon Balthazar. They fuse elements of folk, indie rock and post-punk using eclectic instrumentation including trumpet, violin, mandolin, musical saw, clarinet and saxaphone. The band, whose name comes from the Charles Baudelaire novella La Fanfarlo, started performing live in small London indie clubs in 2006, and released four limited edition 7″ singles on London-based indie labels (one of which a split single with Sleeping States) throughout 2006–2008. Their debut album Reservoir was recorded in October/November 2008 at Tarquin Studios, Connecticut, USA and was produced by Peter Katis (The National, Interpol). The album was released in February 2009 on the band’s own label Raffle Bat and later licensed to the Atlantic imprint Canvasback, who released it in the UK and US in October 2009 and in Europe in April 2010. Their single “The Walls Are Coming Down” was released during September 2009. The music video for the single was directed by Iain Forsyth and Jane Pollard[2] and features escape artist Roslyn Walker performing the Hanging Straitjacket Escape, a stunt first performed by Harry Houdini in the early 1900s. The stunt was also incorporated into the band’s show at Webster Hall in New York on December 19, 2009 (this time by escape artist Michael Lee). In early September 2011, the band announced on their website that their newest album, Rooms Filled with Light was finished and posted a video of the first song, “Replicate”. The album was released on February 28, 2012 in the United States, and on February 27 everywhere else. In October 2013 the band released The Sea EP which is the first part of a Science Fiction/speculative/Utopian concept project. The lyrical content of this whole project presents a discussion about where humanity has come from(potentially), what we have become and here we are heading. This is spoken of in terms of culture and science. The band have described their current sound as Space Opera meets Spaghetti Western.
Early 2014 will see the release of their third LP on their own New World Records label. Wikipedia®.

Fanfarlo – A Distance Lyrics:
You move in waves, there is a distance when you speak
I read the signs, try to decipher the emotions
And look at lines like reading numbers on a screen
It builds inside, a tidal wave that’s coming closer every day

We stand as if on the inside looking out
We read the signs, making millions of connections
I’m doing just fine – the things I need are getting cheaper every day

There is a big idea, a deep collective longing
“Things were better then, but we’ll go back some day”

When we’re looking at that big blue deep expanse and saying:

It’s in the blood, it never said farewell
And when we fill our lungs we’ll
Slow it down – back into the sea

It’s in the blood, it never said farewell
And when we fill our lungs we’ll
Slow it down – back into the sea

There was a sign on the horizon
Some kind of promise in the air
We could already feel it all begin to change
So we willed away the demons
Felt safe in strangers’ arms
Though the poison already seeping through the ground
Then we waited by our windows
As it rained the summer months
And we knew we were slowly running out of time
To get clean
Now there’s a wilderness that’s waiting
To come take hold of us
And there’s something inside that’s just begun to hatch
And unfolding, deathly wings
That will wrap around your heart
And bring you all the way into the fire
To get clean
Witchi Tai To
(Jim Pepper)
Witchi tai to, gimee rah
Hoe rah neeko, hoe rah neeko
Hey ney, hey ney, no way

Water Spirit feelin’ springing’ round my head
Makes me feel glad that I’m not dead . 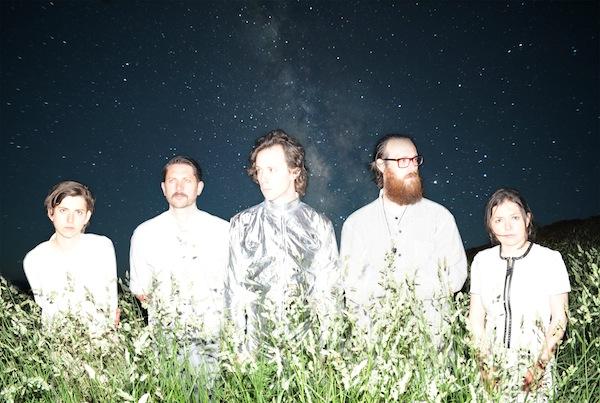