The Family Rain are an English blues rock band formed in Bath in 2011 by brothers William, Ollie and Timothy Walter. The three brothers were originally in the AC/DC/Darkness influenced Rock Pirates, formed in 2004 with guitarist Tom Johnson who were described as an “irony-free Darkness with bare torsos and blond highlights”. The band had “a repertoire of over 10 self-written classics and can also play over 3 hours worth of Rock covers”. The band changed their name to Dark Horse when they reached 20 and decided to take the band more seriously and released their self-titled debut EP in February 2010. The band initially denied all knowledge of Rock Pirates/Dark Horse, before dismissing their previous incarnation as a “shit covers band” and being formed “when we were learning our instruments”. In 2011 the three brothers regrouped by themselves to form The Family Rain and released their debut single “Trust Me I’m A Genius” on Bigger Splash Records in November 2012. The band then signed to Universal Music Group subsidiary Mercury Records and began work on their debut album with producer Jim Abbiss at Hansa Studios in Berlin. The band released “Carnival”, their first single for Mercury, in March 2013 and followed it up with the “Pushing It EP” in May 2013 and digital releases “Reason To Die” in July and “Feel Better (Frank)” in October 2013. The band’s debut album Under The Volcano is set for release on 3 February 2014. Wikipedia®.

The Family Rain – Trust Me… I’m A Genius

The Family Rain – Trust Me… I’m A Genius Lyrics: 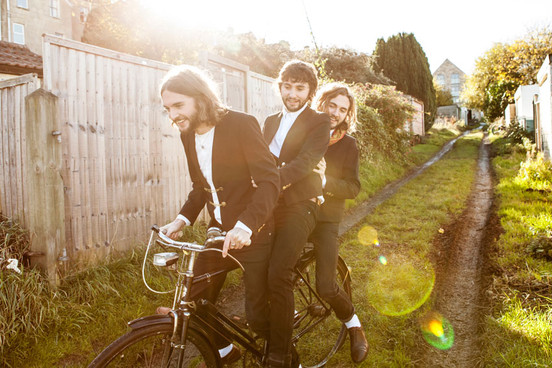