Fable Anniversary Trainer. Relive the magic of Lionhead’s groundbreaking RPG with Fable Anniversary, a modern remastering of the best-selling Xbox classic now enhanced with HD graphics, almost instant loading times, an all-new interface, and more. Fable is a role-playing adventure unlike any other, where your every action determines your skills, appearance, and reputation. Create your life story from childhood to death. Grow from an inexperienced adolescent into the most powerful being in the world. Choose the path of righteousness or dedicate your life to evil. Muscles expand with each feat of strength; force of will increases with each work of wit. Fable Anniversary is a remake of Fable, which was released for the original Xbox in 2004. This version of Fable also includes the additional content from the game’s 2005 re-release, The Lost Chapters. The remake was made by the game’s original developers, Lionhead Studios, minus designer Peter Molyneux, who left the company in 2012 to form 22Cans. Although the game is described as a “remaster” by Lionhead, the significant visual improvements enabled by the move to Unreal Engine 3 mean that Anniversary can technically be described as a “graphical remake.” 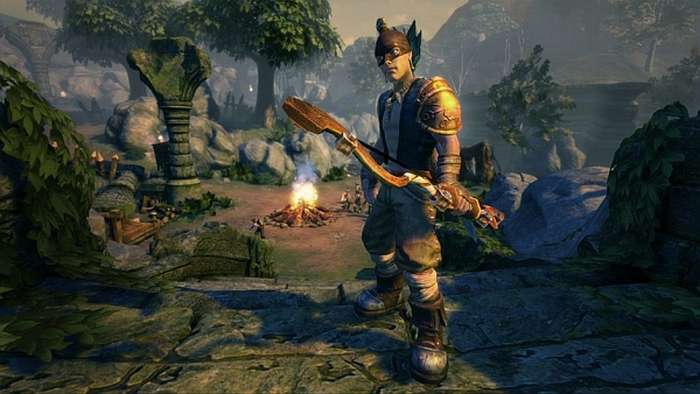