Evolve Trainer. Evolve is an asymmetrical, cooperative/competitive shooter video game, developed by Turtle Rock Studios and published by 2K Games. The game was released for Microsoft Windows, PlayStation 4, and Xbox One on February 10, 2015. Evolve is an asymmetrical multiplayer game, pitting four player-controlled Hunters against an alien Monster, controlled by a fifth player. Both Hunters and Monsters can use unique abilities during the game. The Monster player can kill other smaller creatures to evolve and become stronger by entering a cocoon stage, leaving itself vulnerable for a short duration. The game will feature a variety of maps, one of which being a large jungle, with some industrial elements where players can take shelter. There are various power-ups that both Hunters and Monsters can obtain by killing the local wildlife. The Hunters are tasked with killing the Monster; while the Monster must either kill all four Hunters, or complete a secondary objective such as destroying a human base or power plant. The Hunters’ team is always made up of four classes: a trapper, a support, a medic, and an assault class. Each class will contain a variety of different Hunters with different abilities and play-styles. The Monster player will also be able to choose from a variety of monsters; so far, only four of these monsters have been revealed, including “Goliath”, “Kraken”, “Wraith” and “Behemoth”. Wikipedia®. 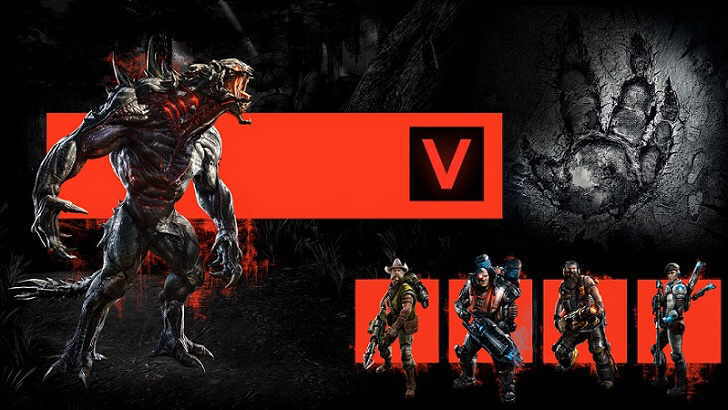