Erik Hassle (born 26 August 1988 in Katrineholm, Sweden) is a Swedish pop singer-songwriter. Hassle was raised in a rural village two hours south of Stockholm and originally aspired to be a professional footballer. He grew up listening to soul music and realised his love of music early after listening to Wilson Pickett. He attended Rytmus, a musical secondary school in Stockholm where famous Swedish singer Robyn trained. He signed a deal with the Swedish music company TEN Music Group. Through TEN Erik signed to Roxy Recordings for Sweden, Island Records for Europe and Universal Republic for North America. Hassle released his first single, “Hurtful” in September 2008. It went to reach #11 in his native Sweden and peaked at #2 in Denmark. He later released his second single “Don’t Bring Flowers” which peaked at #25 in Sweden, and his album Hassle which debuted at #2 and stayed in the Swedish charts for 10 weeks. Wikipedia®.

New track ‘Pathetic’ is just another exciting taster of ERIK HASSLE’S incredible new EP ‘Somebody’s Party’. Produced by SOHN & Nick Ruth, the slow burning groove and brutality honest lyrics just give you more reasons as to why ‘Somebody’s Party’ will be essential listening.

Erik Hassle – Pathetic Lyrics:
My Mama said “always look out for yourself
Don’t give into anyone else”
And I never did baby
The trouble is the second that I tasted your lips
Its all over, you got my heart in a twist
And that ain’t right baby 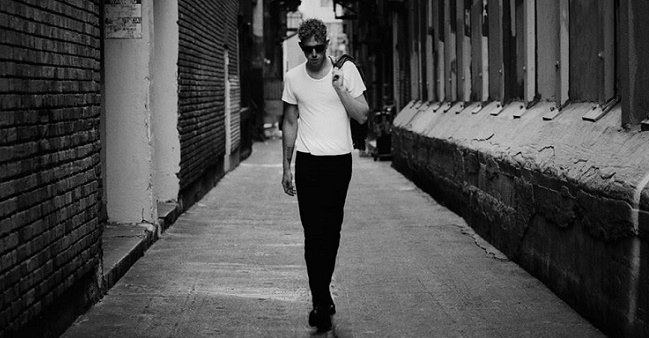