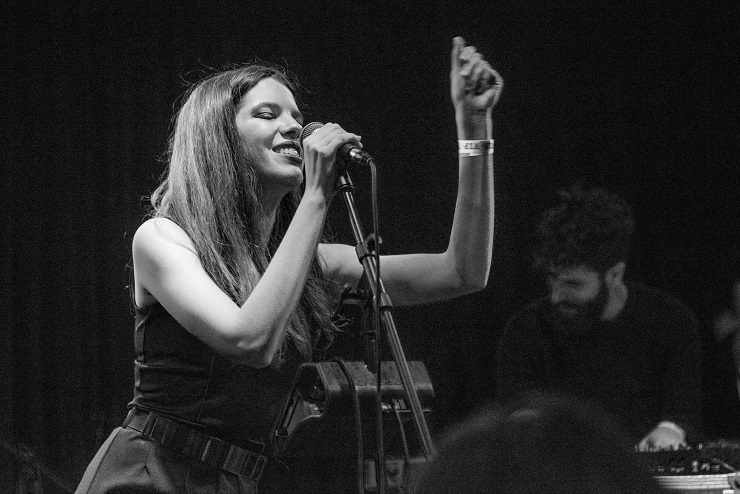 “Elline’s brand new release of “Smoke and Mirrors” was a no-brainer. Her voice is absolutely beautiful and carries a rich spectrum of frequencies that I thought would compliment my style of music. With that in mind, I wanted to leave her vocals intact for the most part, then create fast paced glitch chops to meld with side pumping super-saw chord progressions.”

Through the effortless sounds of her distinct vocals, KCRW artist and LA-based singer and songwriter Elline is carving a musical style of her own. A graduate of Berklee College of Music, her lyrical themes create genuine, multifaceted songs, challenging listeners’ perspectives and encouraging them to a reflective journey. Influenced by R&B, electronic and pop, Elline’ s music is refreshing and empowering. In less than a month from its release, her single “Smoke+Mirrors” garnered 11K views on YouTube and her EP “Stained Glass” (available in every digital store) has been featured in over 70 blogs. Cosmopolitan.ro called Elline “the coolest artist at the moment”, and a recent review of the single from Jamsphere Magazine noted “Smoke+Mirrors” as “designer crafted pop art”, adding that it is “flawless and relentlessly engaging, in a rare sophisticated manner.” She skillfully crafted her debut EP, “Stained Glass”, as if it were a work of art, and she translates it every time on stage through a mesmerizing concert. This year she performed a sold out show at The Bootleg Theatre, and a packed house at the famous “School Night” at Bardot- Hollywood, a week after Grammy-award winner Miguel graced the same stage. We can all be certain that Elline has a lot more magic up her sleeve.

(V1):
In the dark,
She is bathing in pearls and diamonds
And in her own reflection
The magazines,
Dressed her up to be the perfect girl
for your fantasies

(Pre-chorus):
But your love is not enough
She craves a different type of lust that comes with flashing lights
And when that’s not enough
She’ll see her empty heart, that’s dark in broad daylight

(V2):
Salt water eyes,
She’s been waiting all night in the desert
Crawling with two hands tied
She sold her heart,
And her body turned liquid marble
If only you could save her

(Bridge):
We’re climbing ladders made of lies
We’re closer to the edge of falling down
We’re building a prison for ourselves
Oh no, Oh no