Hailing from Sydney, 23-year-old electronic-pop producer, Elizabeth Rose, is one of 2013’s most talked-about new artists. Layering astral beats, shadowy samples and lofty pop melodies, Elizabeth has experienced a meteoric rise since bursting onto the scene last year. Quickly picked up by the honed ears at Sydney’s FBI Radio and Triple J Unearthed, it wasn’t long before her self-produced demos and collaboration with producer Dr. Don Don, “Never Fear”, were being flogged across national airwaves. Soon enough, Elizabeth was being invited to play festivals including Parklife, Harvest, Peats Ridge NYE Festival, and Field Day, not to mention tour with New York’s Chairlift, and lend her distinct production to remixes for Flight Facilities, Jinja Safari and recently Chairlift too. 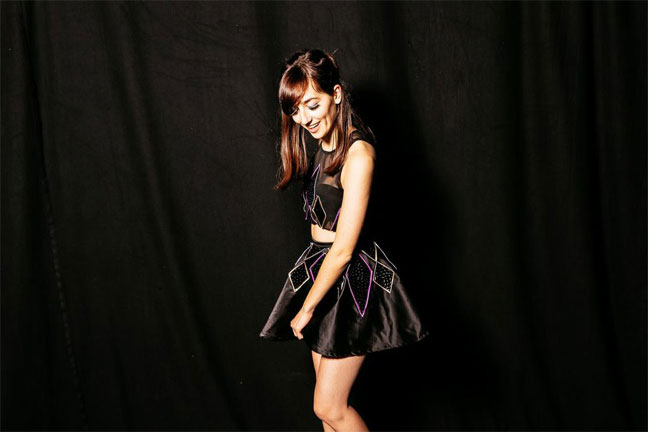 Elizabeth burst onto the scene with her debut single ‘Ready’, marking her as an electronic-pop producer to watch. She was the only female artist to be included on Radar Radio’s ‘Top 20 Aussie Electronic Artists You Need to Know in 2012’ and was named by Triple J as a Next Crop 2012 artist. With a strong debut EP ‘Crystallise’ under her belt, the release features a collaboration Rose did with UK producer Sinden on single ‘Again’, which went on to be released on his UK label Grizzly, mind you the first female release for the label too! 2013 is already shaping up to be a defining year for this rising talent, joining forces with fellow Sydney disco-duo Flight Facilities on their latest single ‘I Didn’t Believe’ and a collaboration in the works with Grammy Award-winning talent local to our shores, Gotye. Work is already on the way for her next release, promised for the second half of 2013 so best to keep your eyes and ears peeled for what’s to come.