Dum Dum Girls – Lost Boys And Girls Club
Dum Dum Girls began as the bedroom recording project of lead singer and songwriter Dee Dee Penny in Los Angeles. She is currently based in New York City. The name is a double homage to The Vaselines’ album Dum Dum and the Iggy Pop song “Dum Dum Boys.”

Dee Dee’s first release under the Dum Dum Girls moniker was a five-song CDR on her own label, Zoo Music, in late 2008. It was followed by an EP on Captured Tracks and a 7″ on HoZac Records She quickly gained attention with these releases and signed to Sub Pop in July 2009.

Dum Dum Girls’ debut album, I Will Be, was released in March 2010 and well-received by critics. Pitchfork described the songs as “genuine earworms, both unfailingly hip and often wonderfully associative”. Dee Dee produced the record with Richard Gottehrer who had previously worked with Richard Hell And The Voidoids, Blondie, The Go-Gos, and The Raveonettes. Gottehrer also co-wrote the early 1960s hit songs “My Boyfriend’s Back,” and “I Want Candy”. The record included guest guitarists Nick Zinner of Yeah Yeah Yeahs on “Yours Alone,” Dee Dee’s husband Brandon Welchez of Crocodiles on “Blank Girl,” and Andrew Miller on multiple tracks. The cover of the album featured a college snapshot of Dee Dee’s mother, who died from cancer in 2010. After its release, Dee Dee assembled a touring band, and their first shows were in support of Girls.

In 2011, the EP He Gets Me High, which included a cover of “There Is a Light That Never Goes Out” by The Smiths, was released. This record marked the addition of Sune Rose Wagner of The Raveonettes to the production team, which Dee Dee has kept intact.

Second album Only in Dreams was released in September 2011, featuring the singles “Coming Down” and “Bedroom Eyes,” the latter of which Dum Dum Girls performed on the Jimmy Fallon television show. This album is the only recording to feature the full band.

Dee Dee has also collaborated on a number of musical projects. She released a single followed by a 12″ EP with Mike Sniper of Blank Dogs as Mayfair Set in 2009. She also released a cover of The Jesus and Mary Chain song “Teenage Lust” with Tamaryn in 2011 as Les Demoniaques. Most recently she and husband Brandon Welchez of Crocodiles (band) released a single as Haunted Hearts.

In 2013, Dee Dee composed the opening theme for the animated series Beware the Batman. On October 31st, Dum Dum Girls announced the third full length album Too True, which will be released January 28th, 2014. It features the single “Lost Boys and Girls Club” whose video premiered with H&M on October 31st. Wikipedia® 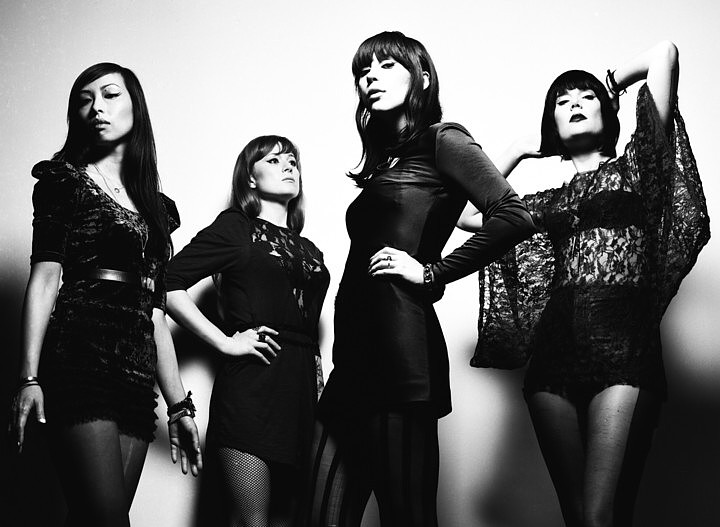