“I think people are surprised when they come to see us live.” says Peter Liddle, heavily tattooed frontman of London’s Dry the River. “They expect us to be really calm and quiet but in some ways we’re the opposite.” You can see why people get confused: this five-piece band has all the hallmarks of the latest folk sensation: elemental name, beards, acoustic guitars, even a violinist. But what sets Dry the River apart is a background in hardcore and post-punk bands, hence the tattoos, lyrics that read like a Steinbeck novel and a sonic palette that sweeps from gentle to giant like an incoming storm. “Emo has become a term of derision, but originally it meant emotive hardcore – all these DC bands like Indian Summer, Rites of Spring, Antioch Arrow who wanted to move away from political music to express personal things in an intense and energetic way. They screamed and cried in their sets and more often than not sounded like an amplified food blender,” says Liddle. “But the underlying idea is cool: although it’s important to play with passion, I believe that there should be an emotional underpinning to all music and all performance.”

Dry the River’s origins lie with Liddle. Born in Norway to British parents, his early life was a shifting one thanks to his father’s work as an engineer in the oil industry. Ever-changing homes and schools gave Liddle a peculiar set of reference points: “I think I have a fixation with community and belonging, because that wasn’t something I had as a child.” And though his parents are only “quietly religious,” Liddle became fascinated by the iconography and language of the Roman Catholic Church at one of his many primary schools, where his voice was honed in the school choir. Though he’s not overtly religious, religious symbolism creeps into Dry the River’s lyrics, not least in Bible Belt and Shaker Hymns. “I think if you play with King James’ vocabulary it accesses a solemnity; something deep within people,” says the Leonard Cohen inspired singer. “It sets a tone that says this is some serious [ketchup].”

Dry the River – New Ceremony Lyrics:
I waited by your bedside,
And didn’t close my eyes all night.
I named you like a prayer.

It’s anybody’s guess how,
The angel of doubt came down,
And crept into your bed.

But after we danced to the shipping forecast,
The words escaped your mouth:
“I know it’s gotta stop love, but I don’t know how.”

Now the stairs forget your shoes,
And the gate don’t creak for want of you.
But the jury’s out on me.

We’re wise beyond our years,
But we’re good at bad ideas, my love.
Or so it seems to be.

Shine a little light,
Don’t wrestle with the night,
Don’t think about the future now.
I know it’s gotta stop love but I don’t know how.

My little one,
My kettle drum,
I know I had a message at the start.

My babel tongue,
My come-undone,
I know I had a message at the start.

My prison kiss,
My dying wish,
I know I had a message at the start???
But it up and abandoned us, when we were sleeping in our beds.

It’s anybody’s guess how the angel of doubt laid down
Sand beneath our house.
I know it’s gotta stop love, but I don’t know how. 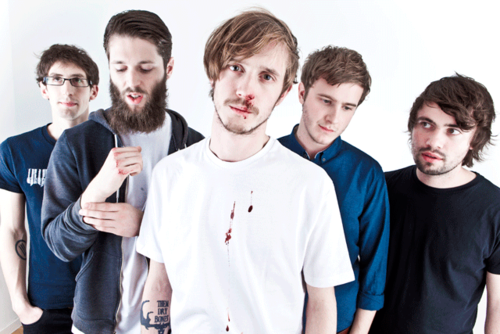