Hailing from the Nigerian capital of Lagos, Douyé was raised in a household where the sounds of legends like Billie Holliday, Sarah Vaughn, Ray Charles, Ella Fitzgerald, Bob Marley, and Dinah Washington were omnipresent. “I grew up listening to all of these people,” she says. “I fell in love with all of it from the onset. But I always found myself singing along with the songs, so I thought to myself, ‘I think I want to do this’.” And with that, Douyé had found her calling. After receiving her parents’ blessing, she began to hone her nascent vocal talent in her church choir. “From there, I started writing poems and eventually developed my own niche as a singer and a songwriter.” Anxious to spread her wings, Douyé charted her course in the stars and made the ambitious voyage to Los Angeles to pursue a career as a singer. To further sharpen her craft, she attended the esteemed Musicians Institute in Hollywood as a vocal major. While at school, she was introduced to songwriter Terry Shaddick. Responsible for penning Olivia Newton-John’s decade defining multi-platinum hit “Physical,” Shaddick immediately recognized Douyé’s unique innate talent and began collaborating with her on a series of songs that would eventually culminate in her debut album Journey in 2007. 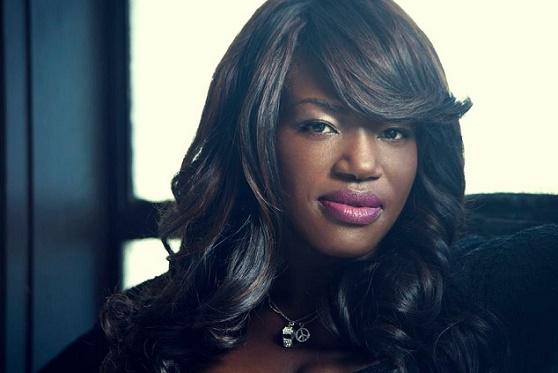