Doctor Who – Season 8. He’s here, he’s Scottish, he has attack eyebrows and he is most definitely not your boyfriend. Thank the (Time) Lord, Peter Capaldi has landed. The eighth series of the British science fiction television programme Doctor Who. The series is the first to star Peter Capaldi as the Twelfth Doctor, and co-stars Jenna Coleman as Clara Oswald in her first full series. 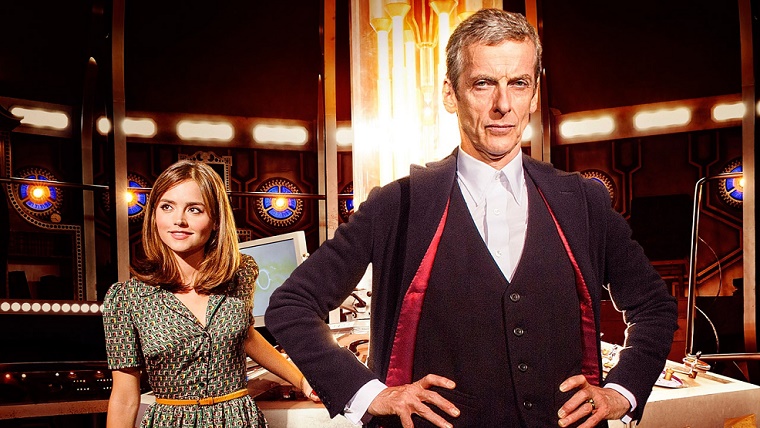 In preparation for its debut, BBC has officially unveiled a story synopsis for the season 8 premiere. Doctor Who Season 8 Premiere Details Reveal a Dinosaur in London. Fans who are eager to find out the episode premise can read the synopsis: “When the Doctor arrives in Victorian London he finds a dinosaur rampant in the Thames and a spate of deadly spontaneous combustions. Who is the new Doctor and will Clara’s friendship survive as they embark on a terrifying mission into the heart of an alien conspiracy? The Doctor has changed. It’s time you knew him.” We’ll have to wait until the episode airs to see exactly how Doctor Who intends to draw connections between a Victorian Tyrannosaurus Rex and combustible humans – but viewers can get a sneak peak at the dinosaur at the 0:40 mark in the prior Season 8 trailer.

Jenna-Louise Coleman, known as Jenna Coleman, is an English actress. She is best known for her role as Clara Oswald in the British television series Doctor Who and Jasmine Thomas in the British soap opera Emmerdale. Coleman was born in Blackpool, Lancashire, and began her acting career at a young age as a member of a theatre company called In Yer Space. While auditioning for drama schools in 2005, Coleman was chosen to play Jasmine Thomas in Emmerdale in 2005. She received critical acclaim for her performance and was nominated for the Most Popular Newcomer award at the 2007 National Television Awards. She went on to play “hard girl” Lindsay James in the BBC school-based drama series Waterloo Road, Susan Brown in a BBC Four television adaptation of the John Braine novel Room at the Top, Annie Desmond in Julian Fellowes’ four part mini-series Titanic, and Rosie in Stephen Poliakoff’s original drama series Dancing on the Edge.[6] She made her feature film debut in 2011 in Captain America: The First Avenger. Since 2012, Coleman has portrayed Clara Oswald, companion to the eleventh and twelfth incarnations of the Doctor in the science fiction series Doctor Who. She appeared as Lydia Wickham in the BBC drama Death Comes to Pemberley. Wikipedia®.

Doctor Who’s opening episode successfully rebooted the series with a new Doctor who is dramatically different to his predecessor, but it left several things unresolved.

What kind of a man is the Twelfth Doctor? We know he doesn’t like karaoke or mime and he has a thick Scottish accent which doesn’t prevent him from talking to dinosaurs and horses. We also know he’ll take a coat from a homeless tramp. And, even though he didn’t truly abandon her, the Eleventh Doctor would never have willfully left Clara alone and terrified the way he does here. But how far is the Twelfth Doctor willing to go? We saw the clockwork droid impaled on Big Ben’s spire. Did he jump or was he pushed? The Tenth Doctor showed a flash of his ruthless side with the Sycorax leader in The Christmas Invasion. Does the new Doctor have a similar streak?

Why this face? We’re told that the Doctor has his new face for a reason but it’s never fully explained. Why has he taken on the same features as Caecilius in The Fires of Pompeii, Capaldi’s previous Who appearance? Capaldi himself has hinted the issue will be addressed by the series. But it’s unlikely that the answer will be as straightforward as the Doctor taking the place of Caecilius. Simple and obvious just isn’t Steven Moffat’s style. 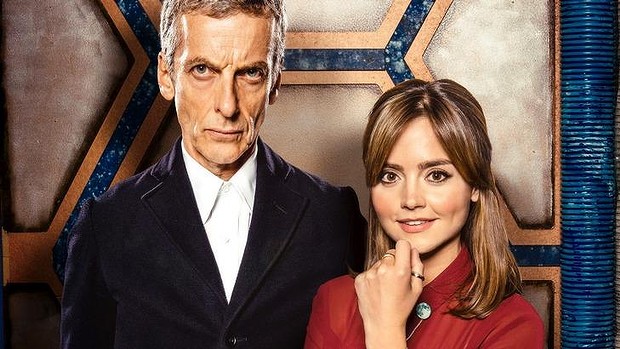