Say hello to DNKL (pronounced “Dunkel”), a new noir electronica trio hailing from Gothenburg, Sweden. Little is known about the group, but judging from the sound of their dark, atmospheric debut single “Hunt”, we expect to hear more from them in the near future. Not much is known about DNKL, a self proclaimed Swedish noir electronica trio out of Gothenburg. Before this week they had only tweeted twice, had three photos on their instagram and had a website that contained a single stark image of a grainy tunnel with a light illuminating from its end.
DNKL – Hunt 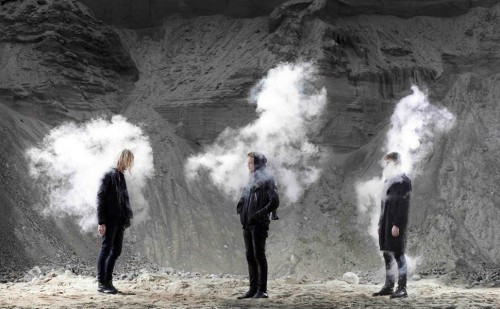