Divinity: Original Sin II is a role-playing video game developed and published by Larian Studios for Microsoft Windows, the sequel to 2014’s Divinity: Original Sin. It was released worldwide on 14 September 2017. The game’s plot takes place centuries after the first Divinity:OS in a time of wars and religious persecution, Bishop Alexandar the Innocent declares all Sourcerers to be criminals, so a group of four Sourcerers embark on a quest to defeat him. Something similar to the Lone Wolf talent in Divinity: Original Sin may allow smaller parties, or even a single character. Players are able to choose their character’s stats, race and origin story at the start of the game. They can recruit up to three companions to assist them. The companions can become playable characters in multiplayer modes. Up to three other players can compete or assist each other in multiplayer. The player can manipulate the environment to their advantage, with dialogue and quests differing depending on the character’s backstory. A skill crafting system allows players to mix and change their skills. A cover system is also featured and can be used in combat. The game also features a competitive multiplayer mode, where players are divided into two different teams and fight against each other in an arena map. Wikipedia®. 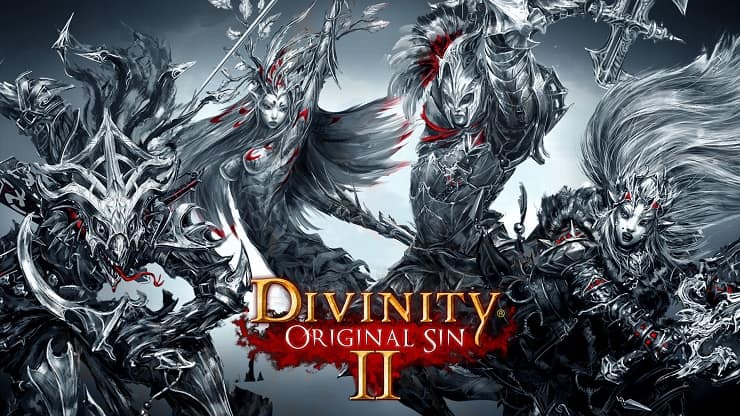 The eagerly anticipated sequel to the award-winning RPG. Gather your party. Master deep, tactical combat. Join up to 3 other players – but know that only one of you will have the chance to become a God. The Divine is dead. The Void approaches. And the powers latent within you are soon to awaken. The battle for Divinity has begun. Choose wisely and trust sparingly; darkness lurks within every heart. Who will you be? A flesh-eating elf; an imperial lizard; an undead risen from the grave? Choose your race and origin story, or create your own! Discover how the world reacts differently to who -and what- you are. It’s time for a new Divinity! Gather your party and develop relationships with your companions. Blast your opponents in deep tactical turn-based combat. Use the environment as a weapon, use height to your advantage, and manipulate the elements. Ascend as the god that Rivellon so desperately needs. Explore the vast and layered world of Rivellon alone, or with up to 4 players in drop-in/drop-out co-operative play. Go anywhere, kill anyone, and explore endless ways to interact with the world. Continue to play in the brand-new PvP and Game Master modes.

NOTES
“Skills No Cooldown”: Activate before using skills, it won’t work on skills that are currently in cooldown.
“No Overweight”: Even if you weight exceeds the limit, you won’t have the overburdened status effect. If you are already overburdened before using this option, you’ll need to change your inventory weight (pickup or drop something) to remove the overburdened effect.
“Super Stats/Attributes” takes effect when you increase any attribute, all attributes will set to 499 or above.
“Infinite Combat Skill Points”, “Infinite Civil Skill Points”, “Infinite Talent Points” take effect when you spend these points.