Dishonored Trainer. Dishonored is a 2012 stealth action adventure video game developed by Arkane Studios and published by Bethesda Softworks. It was released worldwide in October 2012 for Microsoft Windows, PlayStation 3, and Xbox 360. Set in the fictional, plague-ridden industrial city of Dunwall, Dishonored follows Corvo Attano, the Empress’s legendary bodyguard. He is framed for her murder and forced to become an assassin, seeking revenge on those who conspired against him. Corvo is aided in his quest by the Loyalists—a resistance group fighting to reclaim Dunwall, and the Outsider—a powerful being who imbues Corvo with magical abilities. Several noted actors including Susan Sarandon, Brad Dourif, Carrie Fisher, Michael Madsen, Billy Lush, Lena Headey, John Slattery and Chloë Grace Moretz provided voice work for the game. The game is played from a first-person perspective and allows the player to undertake a series of assassination missions in a variety of ways with an emphasis on player choice. Missions can be completed through stealth, combat or a combination of both. Exploring each level opens new paths and alternatives for accomplishing mission goals, and it is possible to complete all missions, eliminating all of Corvo’s targets, in a non-lethal manner. The story and missions are changed in response to the player’s violent actions or lack thereof. Magical abilities and equipment are designed to be combined to create new and varied effects. Dishonored received generally positive reviews, which focused on the missions’ individual narratives and the freedom available in completing them. Criticism fell on the overarching narrative—which was considered predictable, and problems in controlling the player’s character. Following its release, the game won several awards including the 2012 Spike Video Game award for Best Action-Adventure Game and the 2013 BAFTA award for Best Game, and was repeatedly recognized as the best action-adventure game of 2012 and one of that year’s best games. Wikipedia® 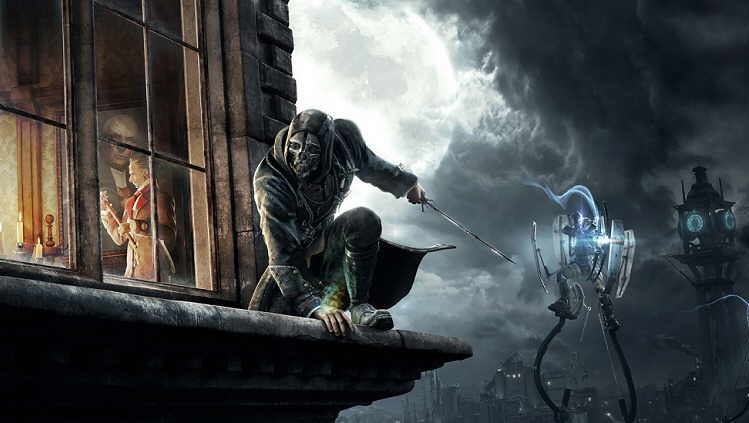 Dishonored Trainer (+10) Options
This is a great trainer that will give you: Infinite Health, Infinite Mana, Infinite Breath, Easy Kills, Unlimited Ammo, No Reload, Unlimited Jump Mines, Get Cable Tools, Get Money, Get Runes.
Note: This trainer will work with the Dishonored v1.5 + Brigmore Witches version of the game.