Oakland based garage rock sweethearts Destroy Boys are showing expansion and demanding reaction on their latest newest EP, “Crybaby/Vixen”. The female founded and fronted hi-fi rock band has grown since crossing the radar of music fans after a mention in the pages of Rolling Stone. After releasing their first album, band members Alexia Roditis and Vi Mayugba were then introduced to rock fans worldwide. Their new EP is a departure from the angsty relationship driven anthems of their debut album “Sorry, Mom” and a look into the inner thoughts of this generation’s riot girls. 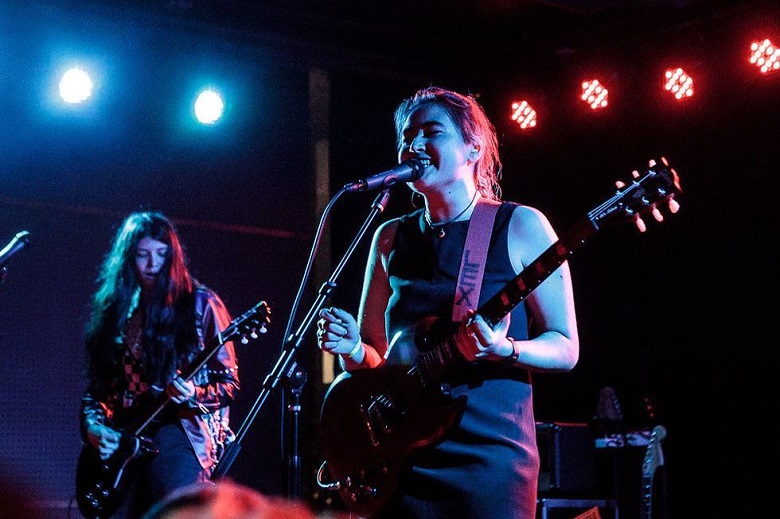 Since inking their deal with Uncool Records in 2016, Destroy Boys has been rocking stages and festivals throughout the country including an invitation to House of Vans at 2017’s SXSW.
Destroy Boys’ new EP “Crybaby/Vixen” showcases the duo’s growth as songwriters and musicians with Mayugba’s driving sonic guitar creating a raw, gritty canvas for Roditis’ ethereal, haunting, and sometimes comical vocals.

A raucously introspective road trip to early adulthood, with the feeling of a cross between Blondie and Tragic Kingdom-era No Doubt. Destroy Boys are the perfect soundtrack for slaying the patriarchy or going skating with your friends.
Words by Andru Defeye