It’s hard to believe that Daye Jack is just a teenager. But, the singing rapper is the latest virtuoso to emerge from Atlanta’s bustling hip-hop scene, and he’s making quite a name for himself. Jack has now released his latest single, “Trapped in Love,” off his upcoming project Soul Glitch (Available for FREE via Warner Bros. “Trapped in Love” premieres today exclusively via The Fader. The Fader raves, “Genre-bending. It is a smooth track with rough edges.” Jack was born in Nigeria and raised in Atlanta, a background that clearly shapes his perspective and influences his music. “It takes most young artists years to find their voice and understand what they’re all about, but Daye Jack is different,” declared Pigeons and Planes last month. “We first talked to him last year, and his understanding of music and himself was something you don’t often find in an 18-year-old.” 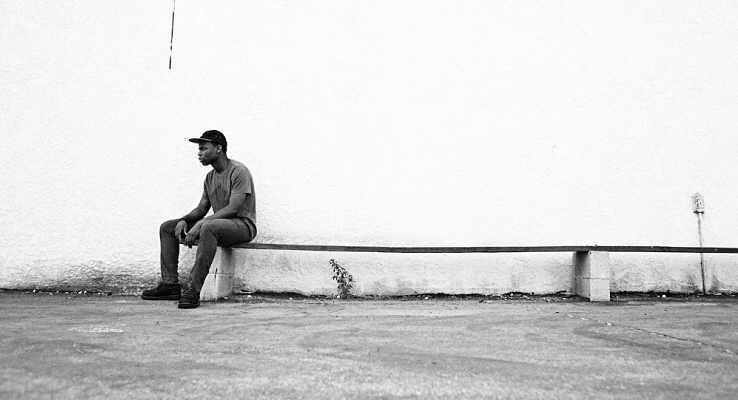 Believe it or not, Jack was most recently a student at NYU studying computer science – not music. Last year, he took to SoundCloud and released his debut mixtape Hello World, which he recorded during his first semester in college. Hello World set the Internet abuzz with its unique instrumentation and memorable lyrics. Check it out here. It’s no wonder that Daye Jack was just recognized as one of Huffington Post’s “25 Artists You Need to Start Listening to in 2015. “Daye Jack is a perfect representation of the rising wave of internet-cultured artists,” reports HuffPost. “Extremely talented at a young age and swirling together the styles that previously had been so carefully separated, all with a big grin. Whether he’s rapping or doling out sweet melodies, it’s all working and it’s all got soul.”