Skip to content
Home » Music » Dave Al – Have Ya Seen Her

The sound of the Bedford-Stuyvesant section of Brooklyn, New York, is the sound of the melody of two separate worlds. It is the place where you can hear the sound of the gangsters battle through the streets for territory; and where the young urban professional crowd meet at swanky restaurant for a mimosa on a quiet Sunday afternoon. Sometimes, these two worlds collide, and when they do, a calming restlessness fills the air. This is the sound of Bedford Stuyvesant. This is the sound of Singer/ Songwriter, David “Dave Al” Alexander. David Alexander is a 25 year old Rhythm and Blues singer whose sound is that of those who represent a world where struggle, success, and pitfalls are prevalent and sometimes, inevitable. The young crooner’s has been honing his tenor-barratonesque voice since he first took an interest in music and the performing arts at the tender age of 8. Since then, Dave Al, as his fans call him, has been in two R&B groups, including the group, Project 718, who were signed to a record deal with Capitol Records. During his time with 718, he and his three high school friends featured as the opening performance for Faith Evans, Dru Hill, and songwriting collaborations with legends like Mario Winans, Bink!, and Adonis Strophsphere. David Alexander is now pursuing a solo career since his departure from Project 718. With a debut EP approaching, David is cultivating a synthesis of cultures, and eras to present a nuance of what resembles the past, but is the new vision of the future. David is not only a singer; he also dedicates his efforts to other singers as a vocal coach, songwriter, and arranger. David Alexander is in every sense of the word, a singer’s singer.

Dave Al – Have Ya Seen Her (Official Video)

“I want to share myself with my fans. I want them to see me in my element where I am vulnerable and that’s where I know they will truly appreciate my sound…”
– D. Alexander, Brooklyn, NY 2013

Dave Al – Have Ya Seen Her Lyrics: 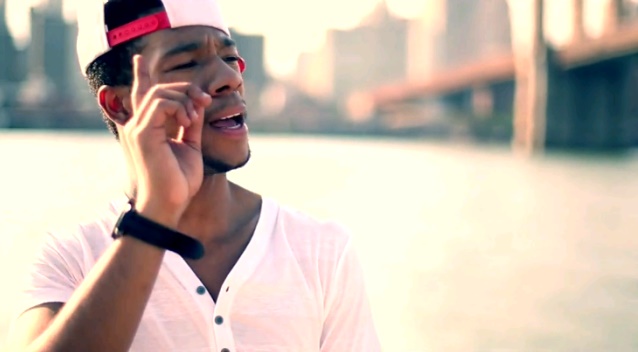