Three piece Darlia are headed by songwriter and lead singer Nathan Day, Dave Williams on bass and Jack Behtham on drums. The band, born and bred in Blackpool, had been around each other all their lives, but only connected whilst working as cleaners at their sixth form college after studying for their A Levels in the summer of 2012. ‘Cleaning’ the music room was an opportunity for Day to finally show people some of the songs from his lifetime body of work, and the band quickly fell into place. The band released debut EP Knock Knock on October 28 2013. It includes the lead tracks Queen Of Hearts and Napalm and was recorded in a very remote part of Wales in the Summer with producer Cam Blackwood (The Horrors, London Grammar, Florence and The Machine, Frightened Rabbit).

Darlia – Queen Of Hearts Lyrics:
nyone up for a show?
The same way that those fireflies glow
Well it’s not that I don’t wanna know
But it’s only so much before my ears will bleed
Anyone up for a kill?
I don’t like the way they looked at me
Don’t tempt my head with thrills

Anyone up for a pact?
I’m strapped to the back of a passenger
While living in a house of wax
It’s only so long before the walls will melt
From the heat of the beating blaze
Fiction plays a major part in the wick that picks the flame

Anyone up for the last?
I lost my first by accident
I couldn’t see through glass
All in all I was afraid
Of blood sweat and tears
The queen of hearts makes everything look different to what it is 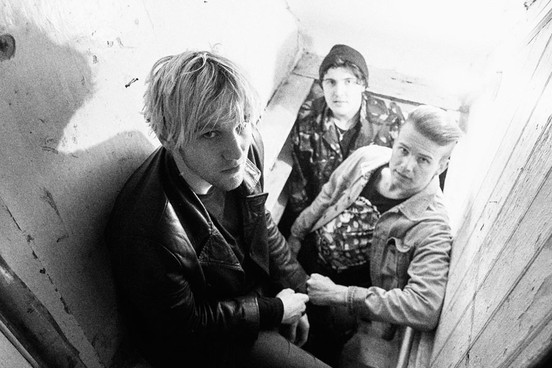