Darksiders II Trainer. Darksiders II is an action role-playing hack and slash video game developed by Vigil Games and published by THQ. It is the sequel to Darksiders and was released in August 2012 for Microsoft Windows, PlayStation 3, Xbox 360 and was released for Wii U during launch day in all regions, except for Japan. The Wii U version of Darksiders II was the last game released by THQ before the company’s demise in January 2013. Wikipedia®. 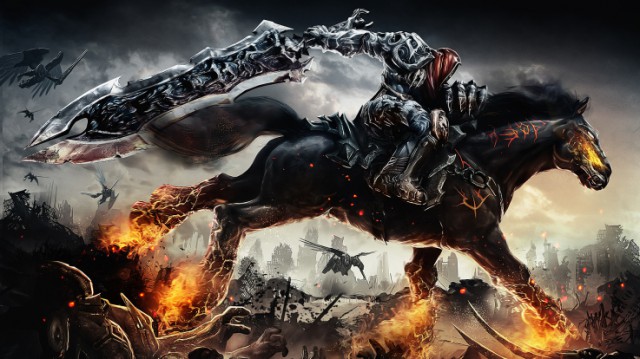 Darksiders II follows the exploits of Death, one of the four horsemen of the Apocalypse, in a weaving tale that runs parallel to the events in the original Darksiders game. This epic journey propels Death through various light and dark realms as he tries to redeem his brother War, the horseman who was blamed for prematurely starting the Apocalypse in Darksiders. Featuring a dramatically larger world, full weapon and armor upgrade systems as well as bigger and more challenging dungeons and vast array of new enemies and bosses, Darksiders II strives to improve on every aspect of the original hit.