Dark Passage (1947) is a Warner Bros. film noir directed by Delmer Daves and starring Humphrey Bogart and Lauren Bacall. The film is based on the novel of the same name by David Goodis. It was the third of four films real-life couple Bacall and Bogart made together.
The film is notable for its first third part being shot entirely from the point of view of Bogart’s character, Vincent Parry, his face never seen. The story follows Parry’s attempts to hide from the law and clear his name of murder. Wikipedia®

Plot: Bogart plays a man convicted of murdering his wife who escapes from prison in order to prove his innocence. Bogart finds that his features are too well known, and is forced to seek some illicit backroom plastic surgery. The entire pre-knife part of the film is shot from a Bogart’s-eye-view, with us seeing the fugitive for the first time as he starts to recuperate from the operation in the apartment of a sympathetic young artist (Bacall) for whom he soon finds affection. But what he’s really after is revenge. 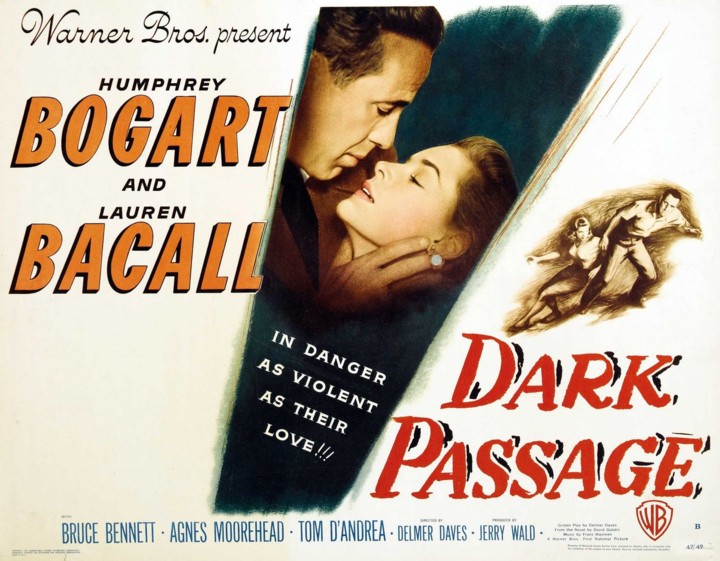