Danganronpa V3: Killing Harmony is a visual novel adventure game developed by Spike Chunsoft for PlayStation 4, PlayStation Vita and Microsoft Windows. It is the third main title in the Danganronpa series and the first in the franchise to be developed for home consoles. The game was released in Japan in January 2017, and worldwide by NIS America in late 2017. A Microsoft Windows version was also released at the same time. Danganronpa V3 continues the same style of gameplay as the first two Danganronpa games, which is split into School Life and Class Trial segments. During School Life, players interact with other characters and progress through the story until coming across a murder, after which they must gather evidence for use in the Class Trial. Like in previous games, Class Trials largely revolve around the Non-Stop Debate, in which characters discuss the case, with the player required to use Truth Bullets containing evidence against highlighted statements determining whether someone is lying or telling the truth. During Non-Stop debates that appear to have no clear contradictions, players can now use Lie Bullets to break the conversation with a False Counter. Returning from Danganronpa 2: Goodbye Despair are Rebuttal Showdowns, in which the player must debate with a specific character in order to reach a contradiction. Wikipedia®. 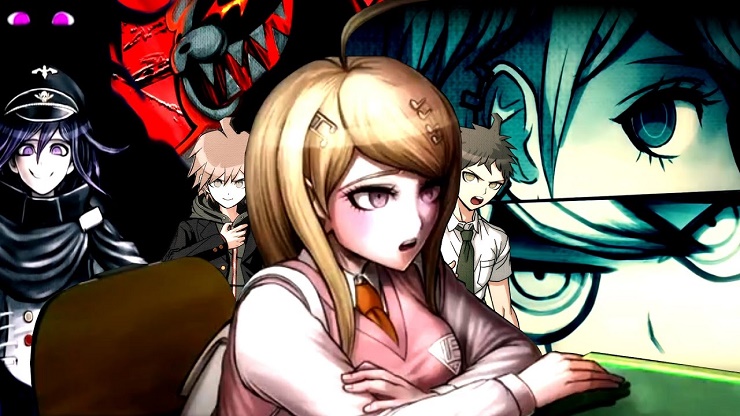 Welcome to a new world of Danganronpa, and prepare yourself for the biggest, most exhilarating episode yet. Set in a “psycho-cool” environment, a new cast of 16 characters find themselves kidnapped and imprisoned in a school. Inside, some will kill, some will die, and some will be punished. Reimagine what you thought high-stakes, fast-paced investigation was as you investigate twisted murder cases and condemn your new friends to death. Key Features: A New Danganronpa Begins – Forget what you thought you knew about Danganronpa and join a completely new cast of Ultimates for a brand-new beginning.