Dan Freeman is a songwriter, singer, saxophonist and pianist from Tasmania. He left his home island in 2003 to explore Europe. He settled in Berlin. He formed “Dan Freeman and the Serious” in Berlin in 2007 with Peter Meyer (guitar), Bernhard Meyer (bass) and Hanno Stick (drums). In 2008 Dan released his first EP with his band(motor digital) and in November 2011 his debut album “I lie a lot”(Solaris Empire). Together with Michael Haves (Super 700), the band produced a masterpiece between songwriter-pop, indie-rock and experimental music. Elegiac and touching, with the warm, full sound of “the Serious” and the versatile voice of Dan Freeman, the music is simultaneously driving and relaxed. The music exudes vastness and sublime beauty, and is reminiscent of Radiohead or Jeff Buckley without being a copy. In addition to his project, Dan is touring with bands such as ska, klezmer, polka, rock band “RotFront” and various jazz bands in Europe and South America. The title of the album “I lie a lot” is as disarming as his music. 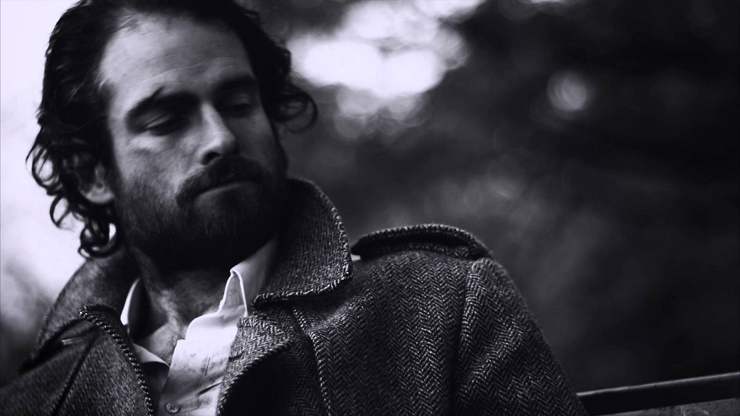 All of these threads of learning and exploration, all of these stories of courage and searching, the nurturing of a voice that was buried for so long, all of this culminating in an album of strength and vulnerability in equal measure. Travel through the dark and find yourself underwater, in a sunken dislocation. Then fight for breath and wake up in the bed of the empty house you once shared with the lover you can no longer talk to. Fall into a room crowded with strangers all listening to you break apart under hot lights. Burning with the freedom you fought so hard for, you catch a glance in the dark and something begins to smoulder.

Follow your muse and she’ll set you alight. Dan Freeman’s sound is the meridian of a life-long dedication – collecting the broadest of influences, stretching them til their shape is barely recognisable, exploring every possibility to its furthest point. He infuses everything with his mischievous sense of rhythm and toys with the unexpected like a schizophrenic cat. Tidal waves of hectic sound abate leaving haunting, aching emptiness. And cutting right through all of this is the voice that almost never saw the light of day. Soaring, stripping bare and delivering the kind of brutal truth that hurts and humbles. This is what we hoped for. And it’ll take you and never let you go.

Dan Freeman and the Serious – No Bridges Through

Dan Freeman and the Serious – No Bridges Through Lyrics: