Dan Croll (born Daniel Francis Croll, 18 July 1990) is a British singer-songwriter born in Newcastle-under-Lyme, Staffordshire, England. He moved to Liverpool when he was 18 to attend the Liverpool Institute for Performing Arts (LIPA). While at LIPA, he won the national Songwriter of the Year award from the Musicians Benevolent Fund and was one of eight students picked to have a one-to-one with LIPA founder Sir Paul McCartney. Dan is currently signed to Turn First Records. Croll’s first release was as part of the Communion Records’ compilation New Faces, released on April 23, 2012. Communion have supported Croll both with this release and promoting many of Dan’s early live shows.

Dan Croll signed to Turn First Records at the start of 2012. His debut single, “From Nowhere”, was released worldwide on September 24, 2012 via Turn First / Racquet Records (Croll’s own imprint) as a digital download and limited 7”. “From Nowhere” spent 3 days at the top of the Hype Machine popular charts, was playlisted in the UK on BBC 6 Music, XFM and Amazing Radio, and received spot plays on BBC Radio 1. Croll was named a Guardian New Band of the Day[2] in November 2012 and described as “Paul Simon jamming with Prince. Very nice”. Croll released his second single “Compliment Your Soul” in March of 2013. This was followed up by the release of “In/Out” in July of 2013. Wikipedia®.

Dan Croll – Home Lyrics:
I’ve forgotten how it feels with the carpet under my seat.
It’s the polyester fibers that wrap around my feet.
Feels like home, home.

When the cold shakes my bones it’s the rug that warms my soul.
It’s the textile to the skin, and the sensation alone feels like home, home.
So if you ever come ’round to my house take your shoes off at the door.
‘Cause it’s impolite not to; you’ll be damaging my floor.
‘Cause it’s my home.

When you’re down and you’re alone it’s the train that brings you home.
And your mother, brother, sister, father, waitin’ at the door.
It’s so sweet, sweet.

Makes me glad I’m only a stone’s throw away.
Makes me sad that others can’t have it the same way.
Oh, home, home.

In the forest it’s unlikely that you’ll find a home so tidy.
Compared to what it’s like living like a city type.
Why, it’s no home. 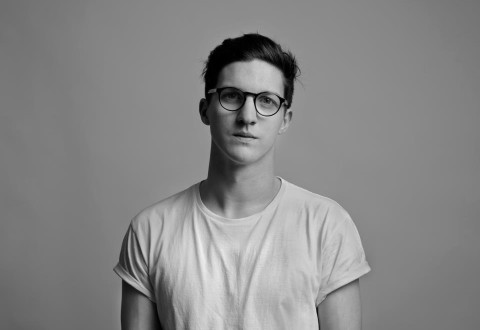