Skip to content
Home » Music » Crissi Cochrane – Be Around

Since leaving Halifax as a folk/pop darling in 2010, Windsor ON-based songwriter Crissi Cochrane has found her soul, writing and living in the hot sun by the great American city of Detroit. Colours of Billie Holiday and Amy Winehouse pair with Cochrane’s ambitious musicianship in a journey through contemporary popular music, Canadian indie, and American jazz and blues. Raised in rural Nova Scotia, Crissi entered the music scene as a young teen, performing original folk & pop inspired works and releasing her first recordings as a senior in high school. At 18, a move to Halifax brought Crissi to the heart of the East Coast music industry, where she studied Music Business in Dartmouth, and performed also in scrappy indie-rock assembly Gamma Gamma Rays. At 21, Crissi released her first studio album, Darling, Darling (Aug 2010), recorded at Soma EMS in Chicago with guest performer Mike Kinsella (of Owen, American Football) and supported by funding from the province of Nova Scotia. By summer’s end, Cochrane made the move to Southern Ontario, where she wrote and released the upbeat indie/folk EP Pretty Alright (Nov 2011) to warm praise by the likes of Grant Lawrence and the CBC Radio 3 community. Independent all the while, Crissi has shared stages with Owen, Joel Plaskett, Sarah Harmer, Rich Aucoin, and Jesse Cook. Today, Crissi lives and breathes in the shadow of Motown: the hot and hard city of Windsor. The acquisition of a turntable and the inheritance of a vintage vinyl collection sparked a creative revolution in the young writer. Her recent works echo the classic languages of jazz, blues, bossa, and soul, backed with solid rhythm & groove from the Soul Brothers, bassist Mike Hargreaves and drummer Stefan Cvetkovic (both of Motown/rock trio The Walkervilles). Crissi’s FACTOR- and OAC-funded album, Little Sway, debuts on January 27 2014.

Crissi Cochrane – Be Around (live)

Crissi Cochrane – Be Around Lyrics: 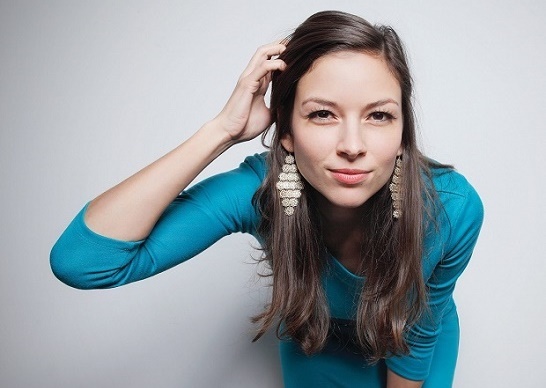