Cris Cab was born to Cuban parents in Miami, Florida. By the age of five he begged his parents for a guitar, wanting both to best a friend at the school talent show, and learn the James Bond theme song. As he practiced and grew older, he dug through old records: The Police, Beatles, and Stones. He spent summers in the Bahamas with his family. His musical palate widened: Bob Marley, Jimmy Cliff, and Gregory Isaacs. At 14, Cris‟ father bought him his first studio sessions. He became a musician with his feet in multiple words: old and new, the States and the Caribbean. By chance meeting, Cris played his early demos for Pharrell Williams. Pharrell was impressed, but Cris„ talents were raw and unpolished. Heeding the super-producer‟s advice, Cris practiced relentlessly, focused on songwriting, and played any gig he was allowed into. Three years later, Cris and Pharrell met again. This time, Pharrell was sold, citing “He‟s just getting warmed up, but this kid is the future.” In 2011, Cris signed a management deal. He released a series of videos, soon becoming popular on blogs from PerezHilton to Billboard. The most successful of these was a cover of Wiz Khalifa‟s “Black and Yellow,” amassing 100,000 views in its first week. The dialogue between Cris and his fans grew exponentially, resulting in the well-received EP, Foreword, and its original single, “Good Girls.” 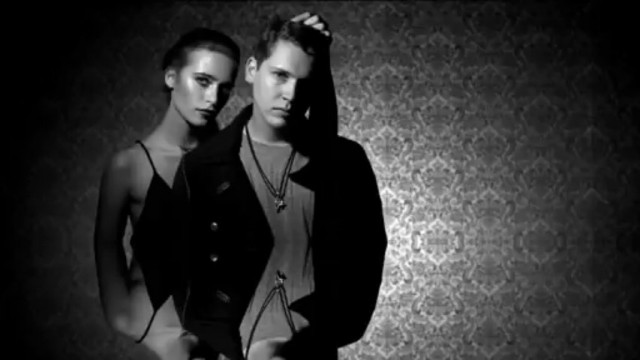 “Good Girls” brought Cris a broader audience, including Wyclef Jean. The two met while Cris was on tour in New York supporting his release. Wyclef quickly became a second mentor, saying, “Playing with Cris is like drinking water. It just flows.” 2012 saw the release of Cris Cab‟s full-length mixtape, Echo Boom (currently downloaded over 300,000 times). Named for the multi-cultural, wired generation born between 1982 and 1995, Echo Boom featured production from Cris, longtime collaborator PJ McGinnis, Wyclef, Pharrell, Supa Dupes, and 88 Keys. With this continued momentum, Cris signed with Mercury Records. He released his debut single, “Good Girls (Don‟t Grow On Trees).” The track, a re-imagined version of his earlier release, was written by Pharrell, produced by Wyclef, and features Big Sean. On a day like today, Cris Cab‟s friends are in school, and as are his fans. These days the line between the two is increasingly blurred. His generation only knows a world where the relationship between artist and fan is one of transparency and celebrated, mutual interest. Fine by Cris. He was born to be approachable. “My music,” he says, “is about shared experience.”

Cris Cab – Liar Liar (ft. Pharrell) Lyrics:
To the night time, she’s burning
Right from the which she was turning
and I still know the pain,
She brought me live one day
She was always somewhere behind me
Thought that was something she was hiding,
but now I found the TRUTH
The thing she’ll never use!

LIAR, LIAR, she’s on fire
She’s waiting there, around the corner
Just a little aid, and she’ll jump on ya’

It’s a quarter to midnight & she’s leaving
Just when she thought I was sleepin’
And I COULD NOT BELIEVE, the things that
I had seen.
When was the right time, I caught her
And she was there in the water
I found her with her TRASH??
She heard me, answered back

LIAR LIAR, she’s on fire
She’s waiting there around the corner
Just a little aid, and she’ll jump on ya’