Skip to content
Home » Music » Conya Doss – When We Love

Conya Doss – When We Love. Conya Doss has a voice that sounds like it’s both from the past and the future. She is classical-influenced, blues-influenced, R&B-influenced and rock-influenced, which herein lies the brilliance of how she collectively and seamlessly creates great music. Doss has built a solid reputation over the years as the modern benchmark for any young female artist and her forthcoming studio project Pocket Full of Purpose highlights that. With beauty, grace and confidence, the poised songstress has composed an 11-song compilation of warm and personal tracks that are full of soul with huge melodies. The skillful arrangement of horns, strings and piano riffs suit her finely crafted lyrics about love, life and pursuing your dreams. Older and wiser, you can hear that Doss finds joy in doing music. On the first single “Don’t Change” a smooth, mid-tempo flow that syndicated radio host Michael Baisden has already deemed a “classic,” demonstrates the songbird’s emotional smarts and directness. The simple yet highly effective “Just Me” finds the songbird’s breezy voice twisting through candid sentiments of a young woman who is comfortable in her own skin, while “Where Do We Go From Here” provides imaginative songwriting with an engagingly conversational feel over a Conga-influenced beat. Frank McComb, Myron Davis and Rodney Jones serve as the main producers on Pocket Full of Purpose with the exception of newcomer Dre King. 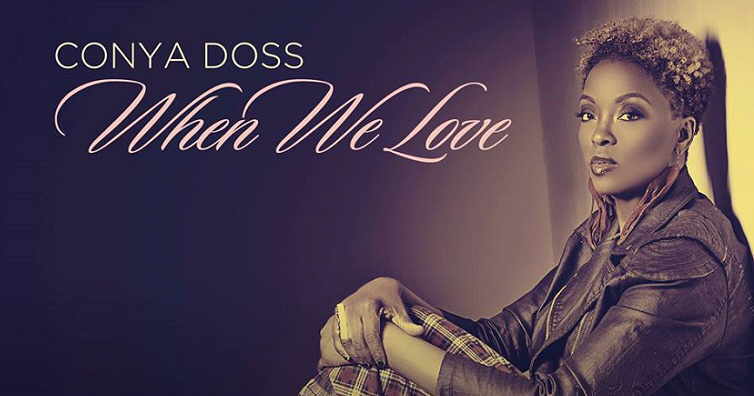 Perhaps it was the birth of her son Landon Blu in 2010 that helped to provide inspiration for her fresh material, which is filled with bolts of newfound creativity. Since the release of Blu Transition, Doss has been juggling her responsibilities as teacher, mother and artist. “It’s been a challenge trying to effectively balance all of these things, but I’ve been patient with myself and this project,” explains the songbird. All of Doss’ album titles are authentically steeped in the spirit of growth and change and Pocketful of Purpose is no different. “Every aspect of this personal body of work has a purpose that I hope people will embrace and gain something meaningful from.”

Conya Doss – When We Love

Conya Doss – When We Love Lyrics: