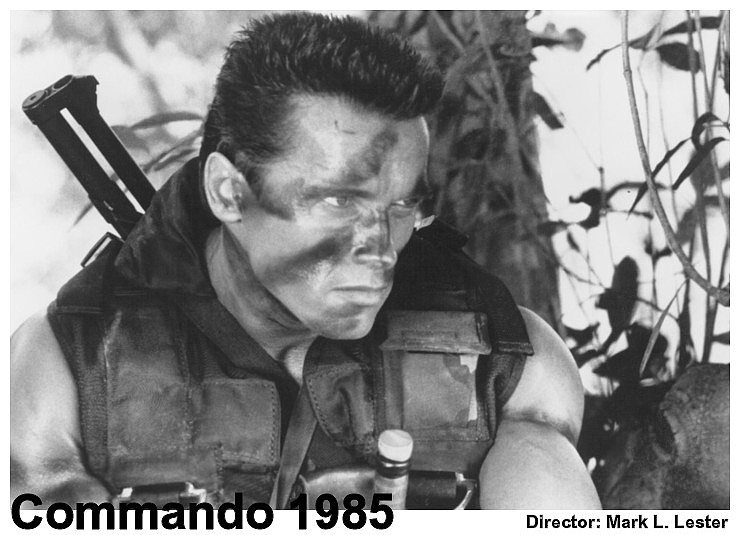 Retired Delta Force Operative Colonel John Matrix is informed by his former superior Major General Franklin Kirby that all the other members of his unit have been killed by unknown mercenaries. The mercenaries, among them Bennett, an ex-member of Matrix’s team fired for overt brutality in service, attack Matrix’s secluded mountain home and kidnap Matrix’s young daughter Jenny. While trying to intercept them, Matrix is also overpowered by the mercenaries.

It is revealed that Matrix is needed to carry out a political assassination for a South American dictator named Arius, who wishes to lead a military coup in his home country of Val Verde. Arius, who was deposed by Matrix in the course of one of his missions, has chosen the colonel because the current president trusts him implicitly. With Jenny’s life on the line, Matrix reluctantly accepts the demand.

After boarding a plane to Val Verde, Matrix manages to kill his guard, Henriques, and jumps from the plane just as it is taking off. With approximately 11 hours’ time (the period of the flight), he sets out after another of Arius’ men, Sully. He then enlists the aid of an off-duty flight attendant named Cindy, and instructs her to follow Sully to a shopping mall. Cindy first assumes that Matrix is a maniac, but after seeing him desperately trying to get his hands on Sully, she has a change of heart and henceforth assists him in his endeavor. After a lengthy car chase, Matrix catches up with Sully whom he drops off a cliff to his death.

With Cindy’s aid, Matrix learns where Jenny is being held. He then breaks into a surplus store to equip himself with military weapons, but the police arrive and Matrix is arrested. Cindy helps him escape, and after commandeering a seaplane from a nearby marina controlled by Arius, Matrix and Cindy land the plane off the coast of Arius’ island hideout. Matrix instructs Cindy to contact General Kirby and then proceeds to Arius’ villa, kills Arius’ entire private militia, and subsequently confronts and kills Arius in a gunfight.

Matrix locates Jenny in the basement of the villa, where she has fled and was cornered by Bennett. After a fierce struggle, Matrix finally kills Bennett. Kirby arrives with a military detachment and asks Matrix to rejoin the Special Forces Unit, but Matrix declines and departs the island aboard the seaplane with Jenny and Cindy.Wikipedia®